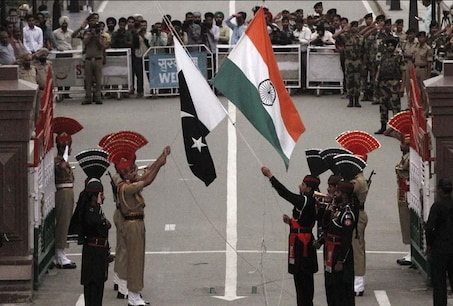 Due to low cotton yield, Pakistan wants to import cotton from India.

The Ministry of Textiles of Pakistan has recommended the lifting of ban on import of cotton from India. With this, the shortage of raw materials in Pakistan will be bridged.

Islamabad The Ministry of Textiles under the chairmanship of Pakistan Prime Minister Imran Khan lifted the ban on import of cotton from the Government of India to meet the shortage of raw materials in the country’s textile sector. Is recommended. This information was given in a media report on Tuesday.
The Dawn News quoted government sources as saying that the Ministry of Textile Industries has approved the Cabinet’s Economic Coordination Committee (ECC) to lift the ban on the import of cotton and cotton yarn from India. Is sought. An official said that we had made a written request to the ECC more than a week ago to lift the ban.
Also read: If you buy a house in the name of wife, daughter, sister and mother, you will get these three benefits, know everything

Cotton production in Pakistan has decreased, so import conditions are createdThe Pakistani official said that the decision of the coordination committee will be placed before the federal cabinet for formal approval. The Prime Minister has approved the submission of this application to the ECI as in charge of the Ministry of Commerce and Textiles. At the same time, due to low cotton production in Pakistan, the way of importing cotton from India has paved the way.
ALSO READ: JOB TALK: Stay in touch with old company, boss and colleagues, may look for jobs lottery

Due to shortage of cotton and yarn, users in Pakistan were forced to import cotton from the United States, Brazil and Uzbekistan. Import of cotton from India will be very cheap and it will reach Pakistan within three to four days. Importing cotton yarn from other countries is not only expensive, but also takes one to two months to reach Pakistan.
Also read: Loans are being taken to buy the most washing machines and dishwashers, know such interesting reasons for taking loans.