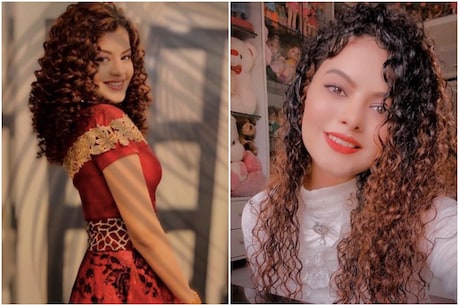 The name of actor Salman Khan is also included in the fan list of Palak Muchhal, who made everyone crazy with his voice in the Hindi film industry.

Mumbai. Talent has always been valued in Bollywood and if you have quality then you can reach any point. Is one such singer Palak Muchhal Who is celebrating her 29th birthday today. In the Hindi film industry, the name of actor Salman Khan is also included in the fan list of Palak, which has made everyone crazy with his voice.

Born in Ratlam’s Marwari family, Palak Muchhal is a big name in the world of singers. On March 30, 1992, the world had stepped into it. Palak is known not only for her singing but also for her social work. Palak, who is always in the forefront of social work, raised 10 lakh rupees for the families of Gujarat earthquake in 2001.

At the age of 9, Palak released his debut album Child For Children, which was released by Tips Music. After making several albums and singles, she made her Bollywood debut in the year 2011 with the film ‘Damadam’. Despite not getting success in the first film, Palak continued his journey and after that he gave his voice in Salman Khan’s film ‘Ek Tha Tiger’. After this, the doors of success started opening for Palak. Palak has given proof of his skill by singing songs in many Bollywood hit films. Not only this, Palak is also a big hit on social media. Please tell that Salman likes Palak Muchhal and Salman has a lot of help in grooming Palak’s career. Everyone knows that in most of Salman’s films Palak’s songs are definitely there.