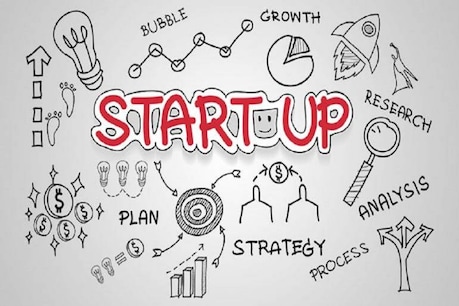 The US stock exchange Nasdaq had helped start up tech startup companies like Google, Facebook, Apple, Amazon and Netflix.

SEBI is preparing to build its own ‘Nasdaq’ (Nasdaq) through the Innovators Growth Platform (IGP). In India too, the listing of startup companies will be helped in providing funds by making easy listing.

new Delhi. The American stock exchange Nasdaq helped a lot of tech startups like Google (Google), Facebook (Apple), Apple (Amazon) and Netflix, and these companies are very big today. Has gone. In view of this, the market regulator is trying to introduce a platform like Nasdaq in India through SEBI Innovators Growth Platform (IGP).
SEBI wants startup companies in India to be helped in a similar way through the IGP. India’s early tech startup companies such as Make My Trip and Yatra are listed on Nasdaq. Nasdaq tech has proved to be very helpful in listing startup companies, which has made it easier for these companies to raise funds from the market. Still companies like ReNew Power and Grophers have moved into the US market through a Special Purpose Acquisition Company (SPAC).
Also read: If you buy a house in the name of wife, daughter, sister and mother, you will get these three benefits, know everything
Many startups, including Jometo, set to launch IPO

The pre-issue holding period was reduced from the current 2 years to 1 year. This step will facilitate the allocation of startup companies to qualified investors. So far, only companies listed in BSE and NSE had this facility. According to the new regulations of SEBI, the company bringing the IPO can allot up to 60 per cent of the issue size to eligible investors. Its lock-in period will be 30 days. Till now, such allocation was not allowed to startup companies. The pre-issue shareholding of the investor has been reduced to 25 per cent of the pre-issue capital. It was earlier only 10 per cent.
ALSO READ: JOB TALK: Stay in touch with old company, boss and colleagues, may look for jobs lottery

Startups are not profitable even if the main board of the stock exchange can be included
SEBI said that if more than 50 per cent of the startups that are not profitable are with qualified institutional buyers, then they can join the main board of the stock exchange. Earlier this limit was 75 percent. But now it has been reduced. For the takeover of the listed company on the Innovator growth platform, an open offer will have to be made for 49 per cent instead of the current 25 per cent.