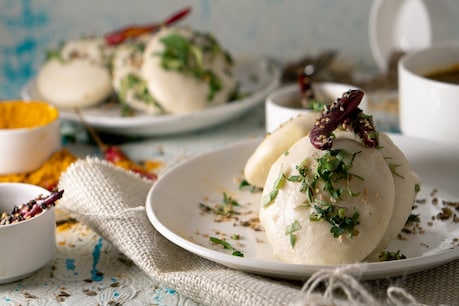 World Idli Day 2021: Today, on March 30, World Idli Day is being celebrated all over the world. Let us know how Idli became involved in the list of world recipes from the kitchen of South India.

World Idli Day 2021: Mouth watering is valid as soon as the name of Idli comes. Healthy and tasty idli is the main food of South India, but it can be easily seen in the plate of people of every region of India. It is usually eaten as a breakfast in South India, while being excellent in taste and health, in other places, people like to eat it in breakfast or lunch as well as breakfast. Idli has now become the choice of people at the international level. This is the reason that on this day i.e. March 30, people all over the world are celebrating as World Idli Day 2021. Let us know how Idli became involved in the list of world recipes from the kitchen of far south India. Know some special things related to its history.

This day has been celebrated for the last three years

If you are a fan of South Indian food, then you have definitely heard about the famous restaurant chain ‘Mallipu Idli’ in Chennai. Yes, times of India According to a report by, Anniavan, the owner and caterer of the same restaurant chain in Chennai, started it in the year 2015. To make this day special, Anniavan made about 1,328 varietal idlis and prepared a 44 kg idli cat and cut it with a bureaucrat and thus confirmed the celebration of World Idli Day. Since then, every year these days are celebrated worldwide as World Idli Day.

Also Read: Appam Recipe: After eating Appam, the heart will say – WOW, this breakfast is full of taste and health
It is said that it also has a connection with Indonesia

Usually, when we talk about idli, the city of Chennai comes first. But what do you know that our Idli connection is also connected to Indonesia? Yes, food historians say that the real belief of idli is from Indonesia where there is an old history of fermented food. While the arrival of idli in India is believed to be 800 to 1200 BC.

What is the relationship with Karnataka

It is also believed that the word ‘Idli’ has its origin in ‘Kannada literature’, which is discussed in Kannada literature. A Kannada article by Shiva Kot Acharya shows that sometime around 1139, the Kannada kings and scholars were Someshwar III under whose rule it is said that it was built. The article shows that at that time this diet was made by fermenting only urad dal.

The first use of rice with urad dal was done in the 17th century.

Experts say that after the 17th century, people found that if urad dal is mixed with rice, then its fermentation takes place fast and its cooking process is accelerated. In such a situation, rice was gradually used in this diet. In this way our present day idli came into existence. (Disclaimer: The information and information given in this article is based on general information. Hindi news18 does not confirm these. Contact the concerned expert before implementing them.)