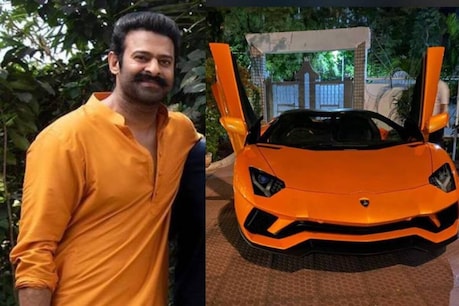 Actor Prabhas Raju, who plays Bahubali, bought Lamborghini Aventador S. The video of his first driving with this car is going viral on the internet nowadays.

new Delhi. Prabhas Raju, the superstar of the South Film Industry and the actor who played the role of Bahubali in the movie Bahubali, bought Lamborghini Aventador S. The video of his first driving with this car is going viral on the internet nowadays. In the Indian market, the price of this car is between 5 crore to 6.25 crore rupees (ex-showroom). Lamborghini’s Aventador S is one of the company’s most famous models. The actor bought this car on the birth anniversary of his father Surya Narayan Raju. Let’s know about this car.

Performance
The performance of this Lamborghini model is very powerful. According to the company, this car takes only 3 seconds to reach 0 to 100 km. For the same 200 km speed, this car takes only 9 seconds. Prabhas bought Orange color, which is the most popular color variant of this car.

The company’s Aventador S Roadster uses a 6.5-liter natural aspirated V12 engine. This engine generates strong power of 730 bhp and torque of 630 Nm. This is the flagship model of the company. The mileage of this car is only 5 6 km per liter and the top speed of the car is 350 km per hour.

Prabhas’ father died in 2010. He already has a fleet of luxury cars, ranging from Rolls Royce Phantom to BMW X3 and Jaguar XJR.