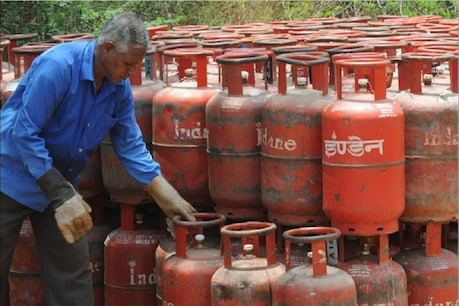 Government is going to change the subsidy rules

new Delhi: If you are also planning to take a free LPG connection under the Ujjwala scheme, then this news is very important for you. The government can soon change the structure of subsidy available under the Ujjwala scheme. According to the news of money control, the Petroleum Ministry is working on 2 new structures and it can be released soon. The central government had announced to give one crore new connections in this budget, but now the government can change the advance payment model on behalf of OMCs.

According to the information received by the sources quoting money control, the advance payment company of 1600 will be charged in one lump sum. At present, OMCs charge advance amount as EMI, while according to the source aware of this matter, the government will continue to give subsidy of the remaining 1600 in the scheme.

Also read: Interest and income on FD are getting hidden from tax department, then notice can come, know why …

Get 14.2 kg cylinder and stoveIn this government scheme, 14.2 kg cylinders and stoves are given to the customers. It costs around Rs 3200 and gets a subsidy of Rs 1600 from the government, while OMCs give Rs 1600 as advance. However, on refilling OMCs, the amount of subsidy is charged as EMI.

In this way, you can register in this scheme
It is very easy to register for this scheme. Under the Ujjwala scheme, a woman from the BPL family can apply to get a gas connection. You can get information in detail by going to the official website pmujjwalayojana.com associated with this scheme yourself. To register, you must first fill a form and submit it to the nearest LPG distributor.

Also read: Start the business of this plant in just 20 thousand, every month will be earning more than lakhs of rupees!

Apart from this, in this form, the woman will also have to give her full address, Jan Dhan bank account and Aadhaar number of all the family members. Later, after processing it, the oil marketing companies of the country issue LPG connections to the eligible beneficiary. If a consumer opts for EMI, then the EMI amount is adjusted in the subsidy on the cylinder.