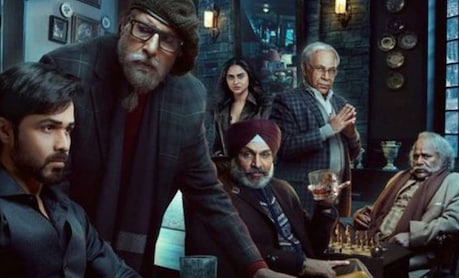 Announcements for the release of those films, which were halted in 2020, had begun in 2021, and the calendar of the year 2021 had started filling up, but Corona once again increased the makers’ trouble. Have given.

Mumbai. Increasing cases of Coronavirus have once again increased the problems of the people. In the cinema industry too, its impact is once again visible. After Rana Daggubati’s ‘Hathi Mere Saathi’, Ram Gopal Varma’s ‘D-Company’ and then Saif and Rani’s ‘Bunty Aur Babli 2’, now Amitabh Bachchan and Emraan Hashmi starrer film ‘Cheerre’ release date It has been decided to pursue. It was informed by the producer of the film, Anand Pandit that due to the boom in Kovid-19 cases, the film will no longer be released on April 9.

In a post shared on the film ‘Chehre’, it has been said that in view of the increasing corona cases, new guidelines have been issued to theaters, due to which we are postponing the release of our film ‘face’ till the next notice. Huh. Our trailer received tremendous response, for which we are thankful. We will bring the face to theaters when the atmosphere is right to enjoy this film. 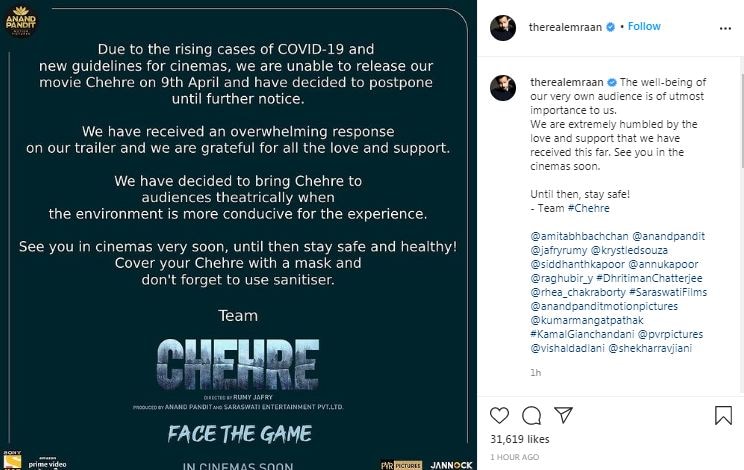 It was further written in the post that, we will meet you in theaters very soon after the conditions are fine, till then all of you keep yourself safe and put masks on your faces. Also, do not forget to use sanitizer at all. Team ‘Faces’. The producer of this film is Anand Pandit. The face is directed by Rumi Jafri. It is a mystery-thriller film, in which many of the best actors will be seen in the lead roles along with Amitabh and Imran. The trailer of the film received a very good response in social media.

Announcements for the release of those films, which were halted in 2020, had begun in 2021, and the calendar of the year 2021 had started filling up, but Corona once again increased the makers’ trouble. Have given.