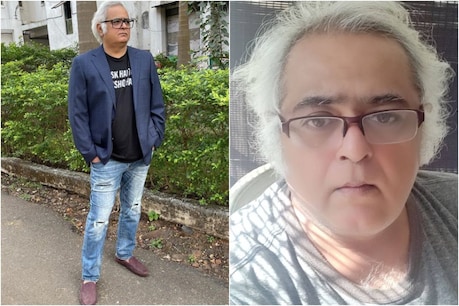 Hansal Mehta on his Twitter account, while appealing to the Maharashtra government, wrote that please do not force us to cancel the night shoot.

new Delhi. Corona virus is once again causing havoc in Maharashtra. Due to this, a night curfew was announced in the state from Sunday 28 March. Since then, the problems of the film industry and TV people have increased. Corona’s cases are constantly increasing in Bollywood too. Meanwhile filmmaker Hansal Mehta Has appealed to BMC not to stop night shooting.

Hansal Mehta, on his Twitter account, appealed to the Maharashtra government, that please do not force us to cancel the night shoot. If we are taking all precautions and following the guidelines, then let us work at night. If there is no ear, then what will happen to the daily workers and those who are taking care of their families by earning from the shoot itself. This is an appeal to you.

The malls and other establishments under the night curfew will remain closed from 8 am to 7 am. The Maharashtra government has said that the corona cases will be monitored during the night curfew. They will be monitored till April 2, after which further action will be taken according to the situation. Let us know that within 24 hours on Thursday, 35 thousand 952 new cases of Corona were reported in Maharashtra. On Friday, 36,902 new cases of corona were reported in the state and 112 people died. In such a situation, the state Uddhav Thackeray government has announced a night curfew to prevent this condition and to prevent corona infection. Apart from this, the state government has appealed people to follow the rules related to corona.