Kangana Ranaut’s tweet was about her film ‘Pagglait’, after hearing that Sanya Malhotra also became emotional. Not only Sanya, social media users are also surprised by Kangana’s tweet.

Mumbai. Bollywood actress Kangana Ranaut is famous for her dashing style in the industry. She stays in the headlines due to her post on social media. ‘Panga Queen’ has given many surprising tweets. Recently, he tweeted in praise of actress Sanya Malhotra, which is becoming very viral. Kangana’s tweet is about her film ‘Pagglait’, after which Sanya became emotional too. Not only Sanya, social media users are also surprised by Kangana’s tweet.

Actually, Kangana Ranaut tweeted a post of Sanya Malhotra, writing- ‘She is so good … I am happy that people are recognizing her talent, I heard that #PagglaitOnNetflix amazing work She is doing… I am very happy for you, Sanya, you do everything and much more… Lots of love to you ”. After listening to this, Sanya too became overwhelmed. He first commented Kangana on his tweet and wrote – ‘Thank you very much, this is really a big thing for me’. With this, he has also shared heart and emotional emojis. 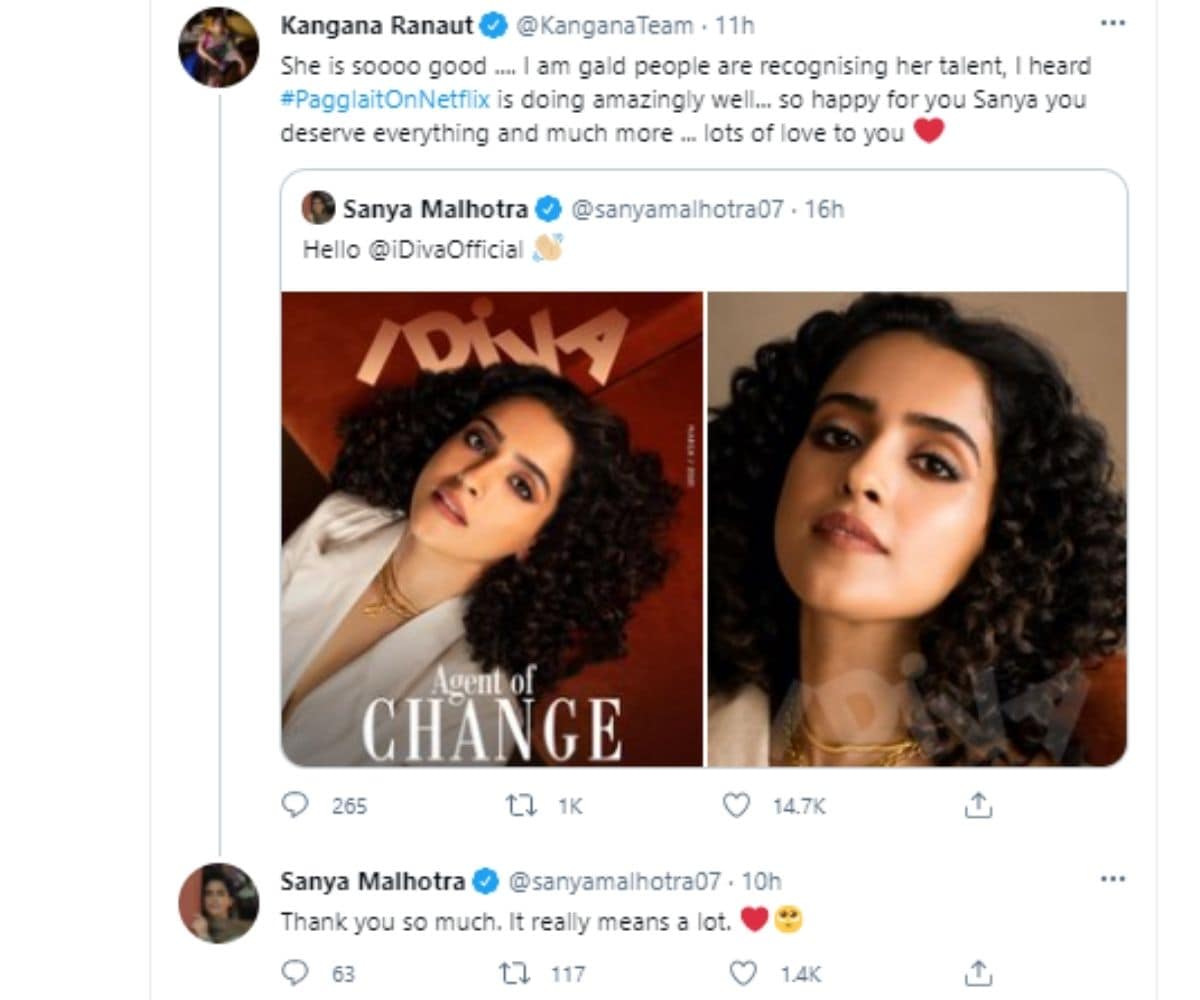 Not only this, Sanya has also thanked by retweeting Kangana’s post. Apart from Sanya, her fans are giving a lot of reactions to this post of Kangana. Kangana’s compliments have surprised everyone. Let me tell you that this film has been released on 26 March. Apart from Sanya, stars like Ashutosh Rana, Sheeba Chaddha, Sayani Gupta, Raghubir Yadav and Rajesh Tailang are also seen in the film.