Fatima Sana Shaikh shared a post on March 29, in which she confirmed her infection with the virus. Also, he had also told that he has quarantined himself after the report came positive.

Mumbai In recent times, many Bollywood celebs have been found infected with the corona virus. These include Ranbir Kapoor, R Madhavan, Manoj Bajpayee, Aamir Khan, Alia Bhatt to Dangal Girl Fatima Sana Sheikh. Fatima Sana Shaikh had confirmed her corona positive in the past and now she has also revealed her condition due to corona. Fatima Sana Shaikh has shared a post. In which he has told about his ill health.

Fatima has shared a photo of herself in her Instagram story, in which she is looking very ill. Fatima, who is seen sad in the photo, is clicking her selfie. With this photo, he has told that he is having a lot of trouble due to Corona. Fatima has written- ‘The ability to smell and taste is gone and there is terrible pain in the body.’ This post of the actress shows that she is going through a very bad phase these days. 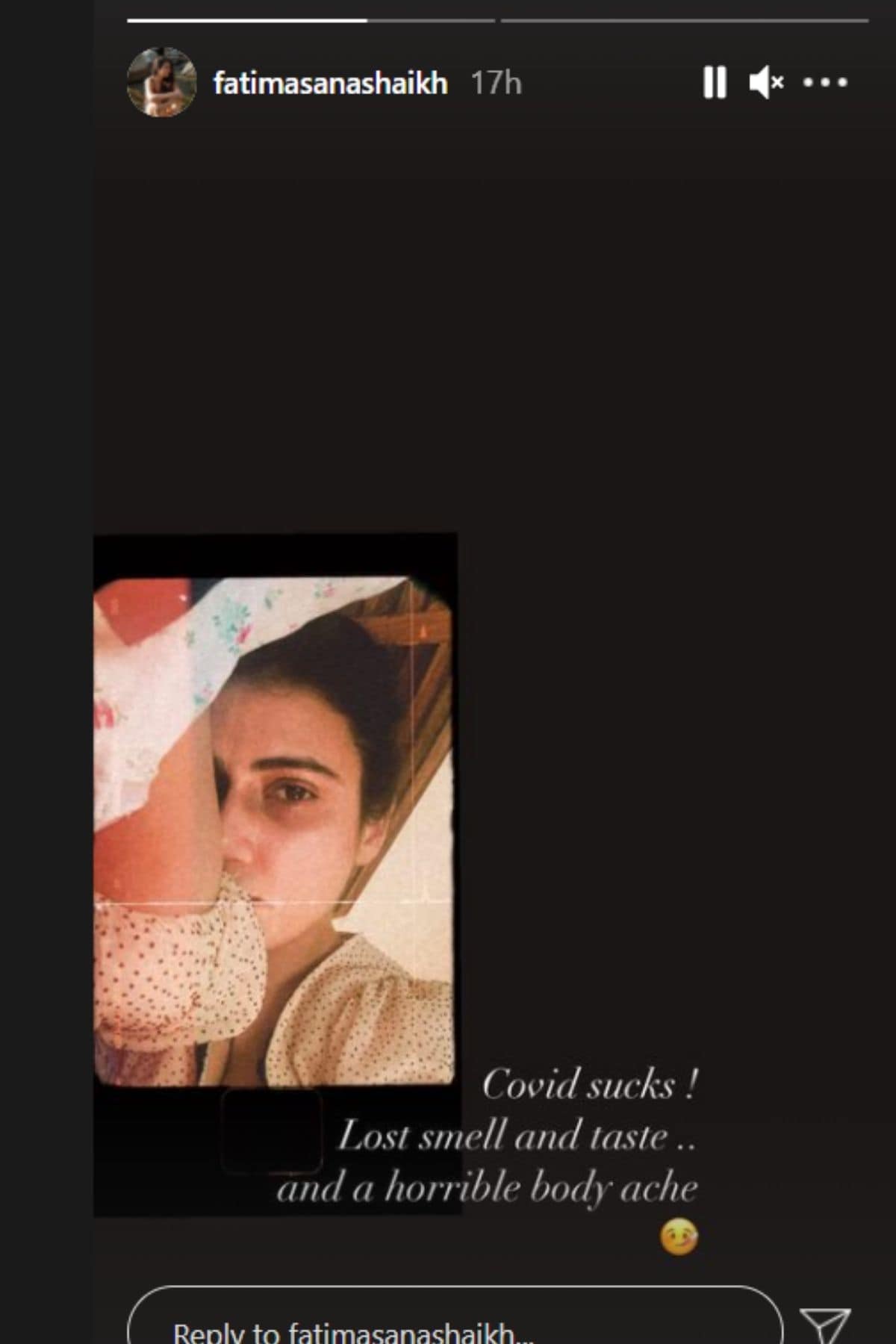 Recently Fatima was found infected with Corona virus, after which she quarantined herself at home following the Kovid Protocols. Fatima shared a post on March 29, in which she confirmed her infection with the virus. He also told that after the report came out positive, he has quarantined himself and is following the Corona protocol fully.