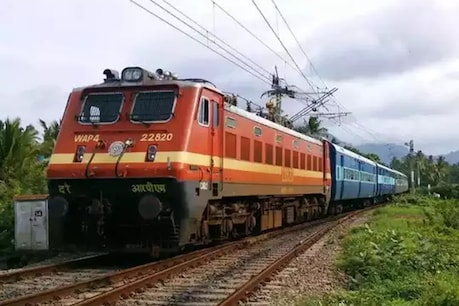 Indian Railways has decided to restore passenger train services in the next two months for the convenience of passengers.

Indian Railway: Indian Railways can soon start its passenger services completely. Railways may come in the position before Kovid in the next two months. The train starting during this time is likely to be a special train, not a regular one.

new Delhi. There is great relief for Rail passengers. Indian Railways is preparing to run many trains that are closed due to Corona virus. Indian Railways can soon start its passenger services completely. Railways may come up to pre-Kovid status in the next two months. PTI has quoted sources as saying that passenger service could be fully restored in the next two months. There is a possibility of everyone being a special train in the train starting during this time, not regular. However, the source also says that this is possible only when the state governments approve it and at the same time the coronovirus epidemic is also under control.

Passengers will get relief
Explain that passengers were demanding that the passenger train service be restored for a long time. Passenger trains are beneficial for commuting due to low fares and daily work. But there was a fear of infection due to the rush of passengers in such trains. In such a situation, the Railways did not reinstate this service. But now, with the improvement in the situation, it has been decided to run it again.

Also read- Customers of these two state-owned banks should pay attention .. These codes have been changed, user IDs have also changed, quickly contact the bank.Only 66% trains are running at present