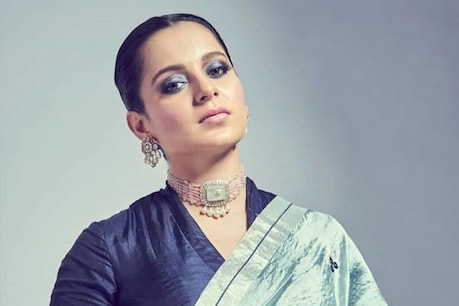 Mumbai. Actress Kangana Ranaut, who spoke on the social media on Danke’s injury, has raised questions by tweeting against Bollywood actresses. The ‘Manikarnika’ actress tweeted that while sharing a video about Alia Bhatt, Taapsee Pannu, Deepika Padukone, Priyanka Chopra, Anushka Sharma and Kareena Kapoor Khan, she has been questioned by tweeting her anger. Kangna tweeted and asked why Bollywood actresses do not support her.

Actually, a fan page of Kangana Ranaut shared a video of one of her interviews, in which she is seen praising the work of Deepika Padukone, Alia Bhatt, Anushka Sharma, Kareena Kapoor, Priyanka Chopra and Taapsee Pannu. .

Kangana shared this video and tweeted, ‘There is no one actress in the industry whom I have not supported and praised. This is the proof. But neither of them ever supported me nor appreciated me. Have you ever wondered why? Why are they united against me? Why this conspiracy about me and my work? Think deeply.

There is not a single actress in this industry who I have not supported or praised here is the proof, but non of them ever showed any support or praise for me, have you ever thought why? Why they gang up on me? Why this conspiracy to look through me and my work? Think hard 🙂 https://t.co/UjjOcAIaQ7

Kangana’s tweet is becoming very viral now. Actually, this video of ‘Panga Queen’ has come into the discussion because in recent times she has been seen targeting these actresses many times. After this tweet, he made another tweet in which he wrote, ‘As you can see, whenever I invited him by calling and directly messaging me, I instinctively went to the previews of his films. They would send me flowers and show me love. But when I used to call them for previews of their films, they would not even pick up my call. So now every day I organize their classes because they are eligible for this.

Talking about Kangana’s workfront, she is going to be seen in the role of former Chief Minister Jayalalithaa in ‘Thalaivi’. Along with this, he is also in the headlines for the film ‘Dhakad’.