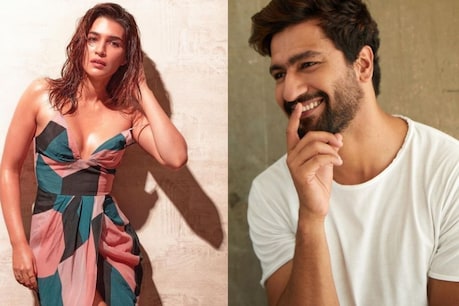 So far there has been no confirmation about the cast in the sequel of ‘Rehnaa Hai Terre Dil Mein’, but there are reports that Vicky Kaushal and Kriti Sanon ) Can be seen in the lead role in the film.

Mumbai The film ‘Rehna Hai Tere Dil Mein (Rehnaa Hai Terre Dil Mein)’ starring Dia Mirza, R. Madhavan and Saif Ali Khan was a romantic hit in 2001. In the film, the pair of Dia Mirza and R Madhavan was well liked. In such a situation, after 20 years of the film, once again, the magic of the film is looking desperate to spread on the audience. People are super excited to know who can be seen as the main cast in the sequel of the film.

The film ‘Rehna Hai Tere Dil Mein’ was produced by Vasu Bhagnani. Talking about its sequel, Vasu Bhagnani’s son Jackie Bhagnani will produce the sequel of the film and Ravi Udarwar can be its director. For which both of them are in conversation. Ravi Udarwar is busy these days with Malvika Mohanan and Siddhant Chaturvedi’s ‘Warrior’. In such a situation, after the shooting of the warrior is over, he should be busy with ‘Rahna hai tere dil mein’.