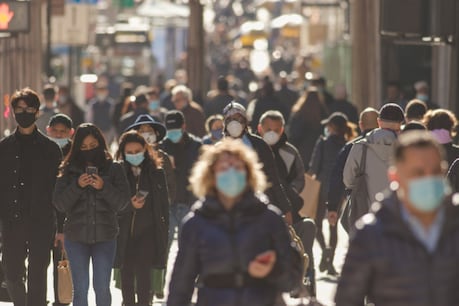 B.1.1.7 variant is more effective in Canada. (Symbolic photo: Shutterstock)

Coronavirus in World: Canada’s Public Health Agency said that in the last week alone, ICU recruitment has increased by 18%. The new variants are putting a lot of pressure on the hospital’s capacity.

Ottawa In Canada, a new concern has emerged about the Coronavirus. Health officials have expressed the possibility that in many parts of the country, the original variant of the virus has been replaced by a rapidly spreading form. At the same time, these new variants are making the youth more prey. He has informed that the number of patients being admitted to the hospital has increased. Prime Minister Justine Trudeau on Tuesday called it the ‘most severe’ third wave of the epidemic.

During a news conference, Trudeau said, ‘This is not the news we want, but hospitalization cases are increasing, ICU beds are being filled, variants are spreading and people who believed that They don’t have to be worried, they are also getting sick. ‘ The PM has appealed to the youth to stay in the house because in this third wave, more are coming in the grip of the virus.

Also read: Covid-19: In view of the rising case of Corona, entry into many stations of Delhi Metro banned

The Public Health Agency of Canada said that in the last week alone, there has been an increase of 18 per cent in the ICU recruitment. The new variants are putting a lot of pressure on the hospital’s capacity. Dr. Theresa Tae, the country’s premier public health officer, said, “With increasing infection rates, we are seeing a significantly higher number of Kovid-19 afflicted youths being treated in hospitals.” He told that more than 15 thousand cases of variants have been reported so far. The highest number of them found in UK is B.1.1.7.

Tam said that the effect of the B.1.1.7 variant is more in Canada. Meanwhile, his team is also keeping an eye on the P.1 variant found in Brazil for the first time. This variant is spreading rapidly in the western provinces of Canada. On Monday, the Health Minister of British Columbia said that the P.1 variant cases in his province have almost doubled since Easter weekend.