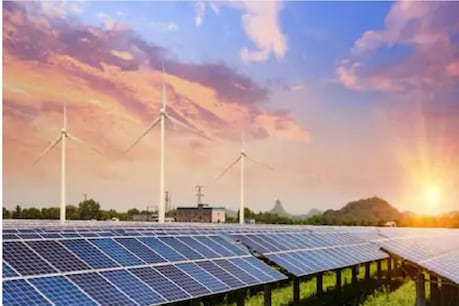 new Delhi. Tata Power Solar Systems Ltd has doubled its solar cell and module manufacturing capacity to 1,100 MW. On Wednesday, the company said in a statement that the company’s state-of-the-art manufacturing plant in Bangalore has been expanded.
According to the company, now the total production capacity of the cell and module has increased to 1,100 MW. According to the statement, due to the significant increase in demand for solar modules and favorable policies of the government for self-reliant India, the plant has been expanded in view of the hope of further acceleration in the coming years.

ALSO READ: Success Story: Rajma-Rice changed the life of this couple if MP removed from job in lockdown

Tata Power to set up 60 MW solar power plant for Gujarat Energy Corporation
Tata Power will set up a 60 megawatt solar power plant for Gujarat Energy Development Corporation (GUVNL). For this, the work order of the company has been received from GUVNL. This explainer has been for 25 years. In the tender held in January 2021, the company achieved this work order by placing the highest bidi. Construction of the plant is to be completed within 18 months from the date of the power purchase agreement. This information has been given by Dr. Praveer Sinha, CEO cum MD, Tata Power. According to him, this plant is expected to generate about 156 mega units of energy per year. This will reduce the amount of 156 million kilograms of carbon dioxide. With this project, Tata Power’s renewable capacity will increase to 4007 MW.