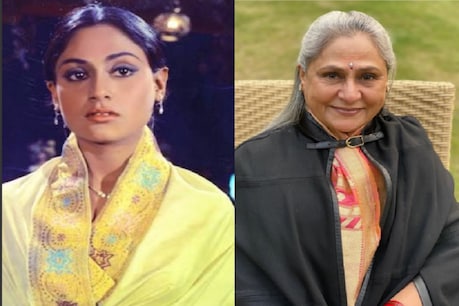 Today is the 73rd birthday of actress Jaya Bachchan. Jaya Bachchan has been one of the best actresses of Hindi cinema. Let us tell you some of his unheard stories.

Mumbai. Today is the 73rd birthday of the film actress Jaya Bachchan. Jaya Bachchan has been one of the best actresses of Hindi cinema. Producers and directors like Satyajit Ray and Hrishikesh Mukherjee recognized his talent from a distance. She was one of the few actors who earned an equal name in politics along with films. Let us tell you some of his unheard stories.

Jaya Bachchan Started her acting career at the age of just 15. Jaya played the supporting actress in Satyajit Ray’s Bengali film Mahanagar in the year 1963. It is from here that the actress started living her dream. Actress (Jaya Bachchan Debut Film) made her Bollywood debut in the year 1971 with the film Guddi. After this, the actress gave many superhit films like Miley, Chupke Chupke, Zanjeer.

Jaya Amitabh Bachchan The first time she met was on the set of the film ‘Bansi Birju’ in the year 1972. It is said that as soon as Jaya saw Amitabh, she kept watching. Jaya mind started liking Amitabh too. At that time, Amitabh’s films were not doing anything special.

After this the pair appeared in the film Zanjeer. The film Zanjeer made many big records of success that year and Amitabh became the first choice of every producer-director. Amitabh and Jaya got married as soon as the film Zanjeer’s superhit. While active in films, she won nine Filmfare Awards, including three Best Actress and three Best Supporting Actress Awards. Jaya married Amitabh Bachchan on June 3, 1973. Both were married on one condition. Amitabh had told that after the success of the film Zanjeer, all the friends were preparing to go to London together in which Jaya was also with him. But due to the conditions of father Harivansh Rai Bachchan, both had to get married. His father said that if Jaya and Amitabh want to go to London together, then both of them will have to get married first.