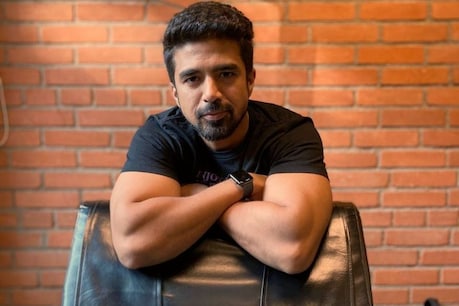 Saqib Saleem made his debut in Hindi cinema in the year 2011 with the film ‘Mujhe Friendship Karogi’. (Photo: Instagram)

Mumbai. Bollywood’s ‘Rangbaaz’ Saqib Saleem turned 33 today. ‘Rangbaaz’ and ‘Race 3’ fame is Saqib Saleem’s birthday today. In G5’s web series ‘Rangbaz’, Saqib played the role of Durdanta gangster Shiv Prakash Shukla. This role earned him a lot of popularity. Due to the rapid spread of the second wave of Corona, they may not be able to do a very big party this time too, yet they will definitely try to celebrate the birthday.

Last time too, due to the lockdown, he was able to celebrate his birthday at home. Saqib along with his sister Huma Qureshi reached Kapil Sharma’s show ‘The Kapil Sharma Show’. Along with having fun there, brother and sister both exposed each other’s pole.

In the show, Kapil asks both of them in turn that when the clothes of elder brother or elder sister became small for them in childhood, it was given to the younger brother or younger sister to wear. Kapil Sharma asked Huma Qureshi and Saqib Saleem by mentioning whether something similar had happened to you as well. Then Kapil asked Saqib if you wore Huma’s frock?

In response, Saqib made a shocking disclosure, stating, ‘I used to wear Huma’s lehenga and frock. Even I used to be taken to weddings wearing frock and lehenga ‘. Huma explains this further and says, ‘I have photos in which Saqib is wearing my lehenga.’ Saqib’s upcoming film is 83. It is based on the background of winning India’s Cricket World Cup in 1983. In this film, he will be seen playing the role of Mohinder Amarnath. Kabir Khan has directed this film. Ranveer Singh is in the role of former cricket captain Kapil Dev.

Saqib Saleem made his debut in Hindi cinema in the year 2011 with the film ‘Mujhe Friendship Karogi’. In this film, he appeared in the role of Vikram Bhatt. After this, he appeared in films like ‘Mere Dad’s Maruti’, ‘Dhishoom’ and ‘Dil Junglee’.