It stars Sandipa Dhar and Omkar Kapoor in the lead role.

Vikram Bhatt has brought out the original series ‘Bisaat’ of the MX player, in which the audience will get to see an interesting murder mystery. It stars Sandipa Dhar and Omkar Kapoor in the lead role. All its episodes will stream for free on the MX Player from April 15.

Mumbai. The veteran director Vikram Bhatt has mastered detective stories woven with unexpected turns, long suspense and thrilling suspense. While watching these stories, you keep wondering who is the killer. His efforts never disappoint and this time he has brought out the original series ‘Bissat’ of the MX player, in which the audience will get to see an interesting murder mystery. It stars Sandipa Dhar and Omkar Kapoor in the lead roles. All its episodes will stream for free on the MX Player from April 15.

Exploring the mysterious mysteries, the life of Dr. Kiana Verma (Sandeepa Dhar) is shown in this series of 8 episodes. She is a psychiatrist by profession, who always tries her best to overcome her patient’s problems. A new woman named Radhika Kapoor (Leena Jumani) comes to him for counseling, who is not having a good relationship with her husband and business tycoon Yash Kapoor (Khalid Siddiqui). As per her habit of helping the patients fully, Kiana starts taking interest in Yash’s life, ignoring the advice of her hospital and husband Dr. Abhijeet Joshi (Omkar Kapoor). Not much time passes and Yash Kapoor is brutally murdered in the house between them and Dr. Kiyana Verma falls under suspicion. After this, some revelations, blackmailing and Yash Kapoor’s murderous adventure begin. Is Dr. Kiana a pawn, target or criminal – what is his truth after all?

Talking about this series, Vikram Bhatt said, ‘As a zoner, the thriller has always attracted me as an audience and that is why I often bring it to the screen. As a storyteller, I enjoy raising the tension to its full height and I love to involve the audience in my characters’ journey. Chessboard is a clever game, in which revelations, deep bets and breakdowns of emotions promise you to expect the unexpected. The artists have done a great job and I hope to work with them all again. 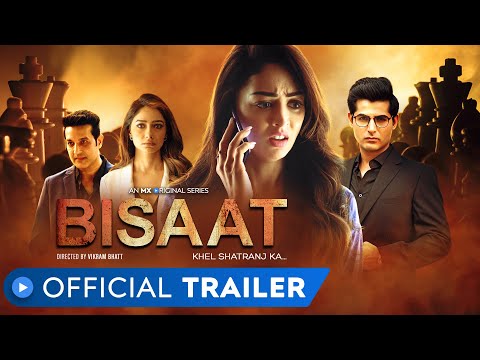 Sandipa Dhar said, ‘How can anyone refuse to work with Vikram sir? His style of storytelling has a lot of dimensions and his narratives include lies, deception and a curved web of swag on the screen. A lot of preparation was required for this role and for Vikram sir, who was always agile and ready to work, I needed to be extremely cool for the role of Dr. Kiana. A month before I started shooting, I worked on my tricks and learned a lot.

Omkar Kapoor said, ‘This series is definitely very special for me. Firstly for its script and secondly, to get a chance to work with Vikram Bhatt, who is an excellent narrator and director. He is known for bringing the best performance of his actors and I am very happy to be a part of this project. The series also stars Zia Mustafa, Coral Bhamra, Ashmita Bakshi, Trishan Maini and Tanvi Thakkar. The original base series ‘Bissat’ is going live on MX Player from April 15.