Rhea Chakraborty has become active on social media for the last few days. In the latest post Riya has shared, she is seen reading Rabindranath Tagore’s collection of poems, Gitanjali.

Mumbai. Rhea Chakraborty has stayed away from social media since the death of Sushant Singh Rajput in June last year. Riya, who is tired of the police, court and NCB, is focusing a bit on herself by reading Gitanjali, a collection of poems of Rabindranath Tagore. After a long time, Riya shared the post on social media, which is now becoming very viral.

While sharing the picture, he gave the caption – ‘Question and cry’ Oh, where? ‘ With a thousand streams melted in tears and flooded with assurance, ‘I am!’ He added the hashtag ‘keeping the faith’ with his Instagram post. 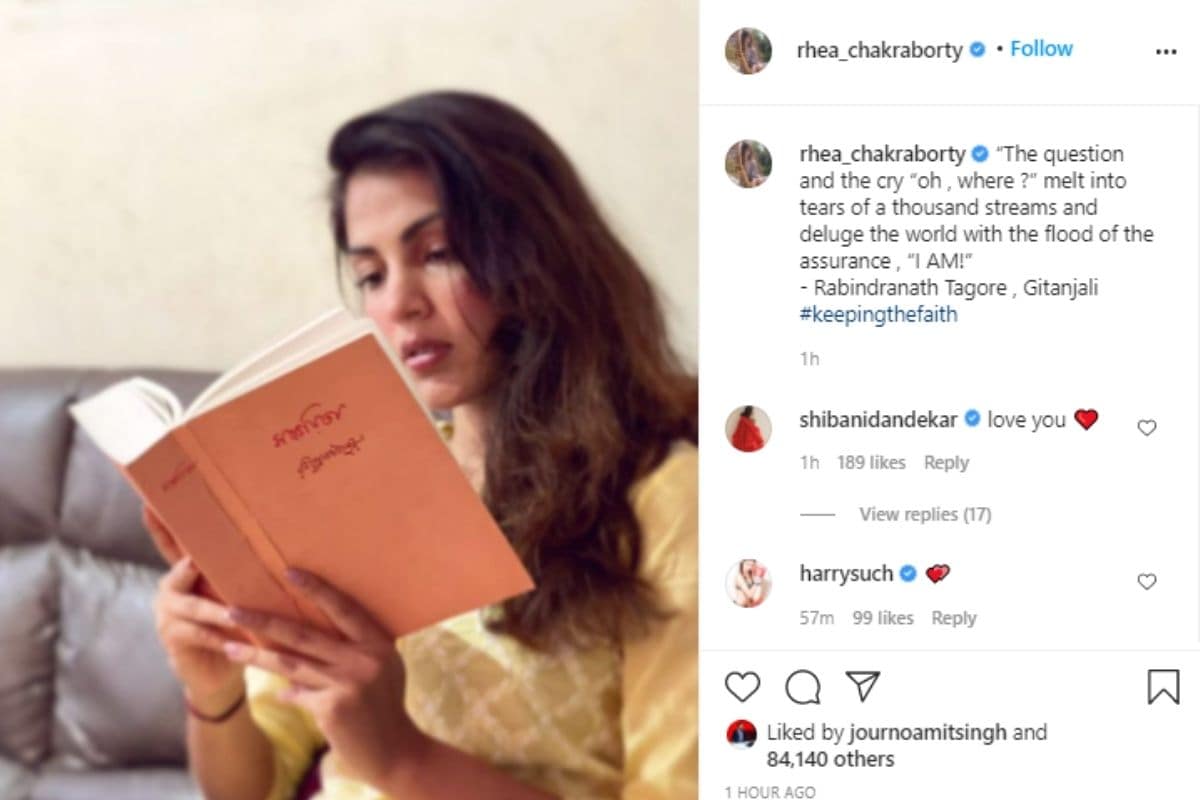 After seeing this post of Riya, his friend Shibani Dandekar has expressed his reaction by writing Love You. Along with this, he has also shared a heart emoji. Social media users are praising Riya after seeing the post. One person wrote, ‘Wow ma’am! You are an inspiration for girls like me. Keep on. More power to you At the same time, another user wrote, Hope you will soon have a smile on your face.

Let me tell you that Riya Chakraborty recently appeared with Saqib Saleem. The two were spotted returning from Alibaug together. It is reported that the two partyed together in Alibaug. Manish Malhotra was also involved with both. Riya and Saqib’s photos went viral on social media.