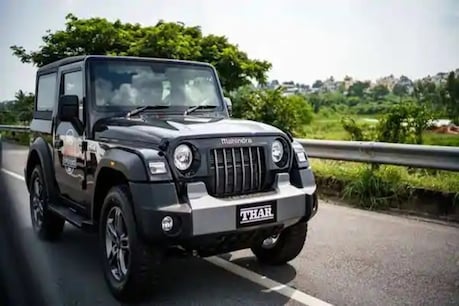 Anand Mahindra gave a funny reply to the Twitter user.

New Delhi. Anand Mahindra, chairman of Mahindra & Mahindra, is always active on social media. Many times they give such answers to the questions asked on social media. Those who do not have the whereabouts of the happiness of the knowledgeable people. Something similar happened in the past. When a user asked on Twitter, when will Mahindra Thar come here. Mahindra gave such an answer on this, knowing that you will be convinced of his spot response. Let’s know about it.

Anand Mahindra gave this answer – On Twitter, a user named Pranay Pandey posted a photo of the drone and asked how long Mahindra Thar will come here. On which Mahindra gave a funny answer and asked the question, ‘Thar on Mars?’. 1.9k likes have come on this reply from Anand Mahindra. At the same time, this tweet has been retweeted 66 times and 144 comments.

To which the user named @ CA Sumit Gupta said, I think you should submit KYC. On the very next day, Mahindra Thar will be delivered to you. At the same time, a user named @ Aditya Prakash has written, brother, first let the waiting of the Earth be completed. I have been waiting for the last 3 months. Don’t know when your time will come.Also read: Rahul Dravid broke the glass of the car, Virat Kohli took fun on Twitter, know why he got angry

ALSO READ: Book Toyota’s car with SBI Yono App, you will get this benefit, know everything

The safest off-roading car in the country – The Mahindra Thar 2020 is the safest off-roading car in the country. It has been rated 4 stars for adult and child protection by Global NCAP. Explain that Global NCAP is an institute that gives rating to vehicles on the basis of safety. This institute tests cars in several rounds. During this time it is seen that if the road accident happens, then how safe will the passenger and driver sitting inside the car be.