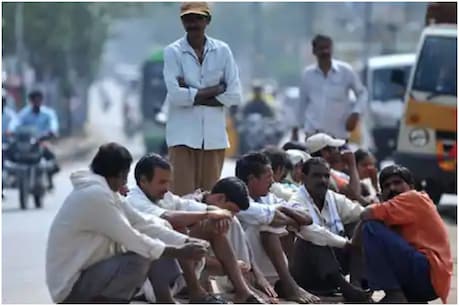 According to the CMIE report, the unemployment rate has increased in the week ending on 11 April.

The crisis of layoffs in jobs has started to arise again, due to the rapid increase in the cases of corona virus. Due to this, the unemployment rate has risen to 8.6 percent in the week ending on 11 April 2021. Till two weeks ago, this figure was at 6.7 percent.

New Delhi. In the midst of the Corona crisis, the economy of the country and the common people are facing all-round attack of trouble. On one hand, there has been an atmosphere of fear in people due to Corona virus, on the other hand retail inflation has started to increase again. Apart from this, the decline in industrial production (IIP) has also been recorded. In the midst of all this, a report which has also disappointed about employment has come out. According to a report by the Center for Monitoring Indian Economy (CMIE), the unemployment rate has risen to 8.6 per cent during the week ending on 11 April 2021, from 6.7 per cent two weeks ago.

Unemployment rate in urban areas is higher than in rural areas
With the increase in cases of Kovid-19, where the possibility of lockdown has increased, the risk of retrenchment has also increased. According to the CMIE report, there is growing frustration among people again. Last year, the economy suffered major losses due to the lockdown caused by the Corona crisis. Then the jobs of millions of people were lost and the employment of crores of people was stalled. Now due to the second wave of Corona virus, jobs are again under threat. Based on the increased unemployment rate, it can be said that there is a reason for fear among people. In April, the unemployment rate of urban areas reached 8 percent, while in March this rate was 7.84 percent. The unemployment rate of rural areas is still 6.7 percent.

Most of the migrant laborers returned to their homes in 2020 due to the Corona crisis. The economy appeared to be back on track after the lockdown was relaxed, but the corona cases have been steadily increasing for the last 2 months. In such a situation, people want to leave the job and reach their home soon before the lockdown. The good news among all of this is that e-commerce companies are preparing to give new jobs. Looking at the increasing cases of Corona, there is hope for a boom in the e-commerce business. In such a situation, all the e-commerce companies are preparing to provide every necessary item to the people at a difficult time.