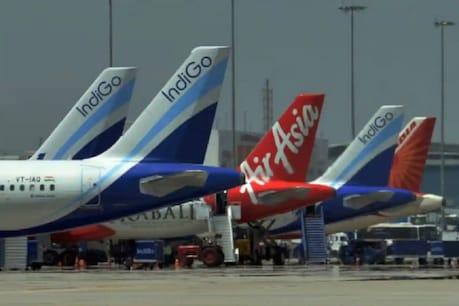 Now food will not be served during domestic air travel.

The Civil Aviation Ministry decided last year not to give food in flights even during the first wave of corona virus. Later the decision was withdrawn when there was a shortage in the cases of Kovid-19. Now, in the last two weeks, the number of air passengers has come down drastically in the growing cases of corona.

New Delhi. The central government is making every effort to stop the spread of corona virus. In this episode, air travelers will no longer get food during the flight again. According to the notification issued by the Civil Aviation Ministry, food will not be served to passengers for short duration in domestic flights. The ministry has clearly stated that food will not be served during a flight of less than 2 hours, while airlines can provide catering facilities to passengers for a journey of 2 hours or longer.

The Civil Aviation Ministry had also taken such a decision during the first wave of corona virus last year. However, the decision was later withdrawn when the data for corona virus positive cases decreased. In the last two weeks, the number of air passengers has come down drastically in the growing cases of Kovid-19. Even after this, the ministry has decided not to give food during the air travel to protect people from the corona virus. Please tell that on Sunday, more than 1.70 lakh new cases of corona were registered, which is a record so far.

Strict rules for food in flights of more than 2 hoursThe ministry has said that even on flights where the duration is more than 2 hours, food will be given in a staggered or phased manner only. If food is served on the flight, it will be pre-packed and served with disposable plates and cutlery. After use, the plate, cutlery and packing material will have to be safely disposed according to the rules. Under no circumstances should they be used again. Tea, coffee and other beverages should also be given in disposable bottles, containers or cans. The crew has also been ordered to change their gloves after serving every mile.

read this also- Indian Railways: Railways increased the fare of this train by 5%, know how expensive it has become to travel

Ministry has given these reasons for strictness
The aviation ministry has cited rising cases of corona and the mutation of Kovid-19 virus from UK, South Africa and Brazil mutants to India. The order states, “There is strong evidence that these new mutants of Kovid-19 virus are more susceptible to infection.” For this reason, the rules of eating and eating in airplanes have been changed. The new rules will be implemented from April 15. The Ministry has told all airlines that air travelers should be fully informed about these new rules implemented during the journey.