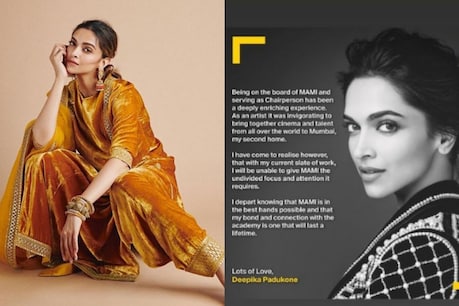 Deepika Padukone has resigned as the chairperson of the Mumbai Academy of Moving Image (MAMI). Deepika has given a written post on social media, giving the reason for leaving the post.

Mumbai: Bollywood actress Deepika Padukone has announced to leave the chairperson of the Mumbai Academy of Moving Image within two years. Deepika became the chairperson of MAMI in 2019. He replaced Kiran Rao, wife of Aamir Khan. Kiran served this trust for 4 years. Now Deepika has resigned from this post. He has given this information through a post on Instagram.

Deepika Padukone shared a post on her Insta Story. The actress wrote- It has been a wonderful experience being on the board of MAMI and serving as chairperson. Bringing together cinema and talent from all over the world in Mumbai, as an artist, it was compelling, in a way it was my second home. However, I am realizing that the routine of my new work needs a lot of time. So I am not able to give MAMI as much attention and focus as needed. So, I say goodbye to it. MAMI is in the best hands and my connection and relationship with the Academy will last a lifetime. 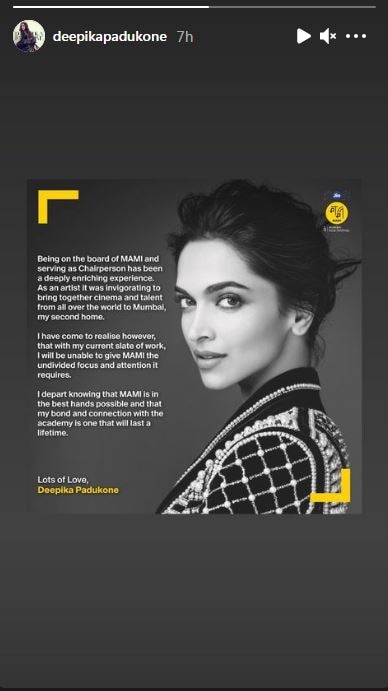 Talking about the workfront, Deepika Padukone’s upcoming film is ’83’. In this film made on 1983 Cricket World Cup, Deepika is playing the role of Kapil Dev’s wife. If the outbreak of the corona epidemic in the country is less, then this film can be released on June 4. Apart from ’83’, Deepika, Shah Rukh Khan and John Abraham are working in the starrer film ‘Pathan’ directed by Siddharth Anand. Apart from this, she will also be seen in an anonymous film made under Shakun Batra’s direction and in Ranveer Singh starrer ‘Circus’, directed by Rohit Shetty.