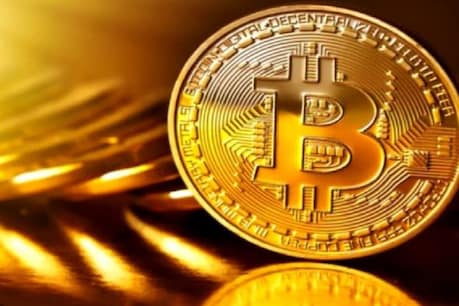 Bitcoin hits record high: The price of bitcoin reached $ 62,575 on Tuesday. For the past several days, there was a big boom in Bitcoin.

New Delhi: Today, cryptocurrency has broken records again. The price of bitcoin reached $ 62,575 on Tuesday. For the past several days, there was a big boom in Bitcoin. A year ago, the price of a bitcoin was just $ 5000, while it has now crossed $ 62,000. At present, the cryptocurrency bitcoin is growing rapidly. Big investors are immediately turning to it for profit, due to which its price is going to boom.

The global market had seen a lot of buoyancy after US President Joe Biden announced a $ 1.9 trillion funding. Its effect has also been seen on Bitcoin. At the same time, market experts believe that this boom is for some time. Let me tell you, there is a lot of risk in Bitcoin. Let us tell you that a sudden drop in the prices of cryptocurrency was also seen in the middle.

Also read: Paytm Payments Bank achieved this milestone, you also use it, know its specialty

What is the reason for the boom?Let us tell you that many big companies and big investors have invested in cryptocurrency, due to which it is seeing a boom. There are many big companies like BNY Mellon, MasterCard and Tesla, which have either adopted or invested in cryptocurrency. Also recently, Elon Musk’s giant electric car company Tesla invested $ 1.5 billion in bitcoin. Since Tesla’s investment, bitcoin has seen a bumpy boom.

What is cryptocurrency?
Explain that cryptocurrency is a digital currency, which is based on blockchain technology. The encryption technique is used in this currency. Through this technique, the transaction of currency is completely audited, which makes it very difficult to hack. This is the reason that the possibility of fraud in cryptocurrency is very less. The operation of cryptocurrency is independent of the central bank, which is its biggest drawback.

Also read: PNB is giving free training to women, will earn millions every month, who can apply?

Know how to trade in bitcoins?
Bitcoin trading is done through digital wallet. The price of bitcoin remains the same all over the world at one time. That’s why its trading became famous. The price of bitcoin keeps on decreasing according to the activities of the world. It is not determined by any country, rather it is a currency to be digitally controlled currency. There is no set time for bitcoin trading. Its price fluctuations are also very fast.