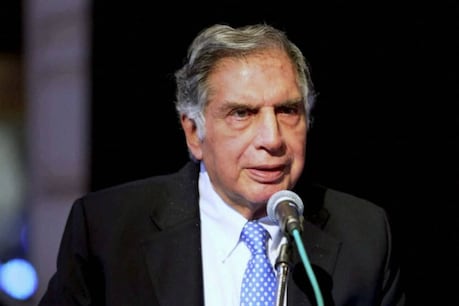 #Throwback: If Ratan Tata was not the head of the Tata Group, he would have been in a different profession today. 83-year-old industrialist Ratan Tata revealed that he wanted to become an architect (architect). But alas, you could not work in this sector.

‘Father wanted me to be an engineer’
According to a Times Now report, Ratan Tata says .. ‘I always wanted to be an architect. It reflects a deep sense of humanism. Apart from this, the architect inspires me a lot. I have a keen interest in this sector. But my father wanted me to become an Engineer and I spent two years in engineering. He says that engineering in those days convinced me that I needed to be an architect and in fact I was also interested in it. Ratan Tata also regretted that despite having a degree in architecture from Cornell University, he was not associated with this profession for a long time.

Also read: This government bank is giving more interest on FD to those who get the Kovid vaccine, know everything about it‘Can’t run a business as an architect?’

He further states that as an architect you create sensitivity. It has the ability to hold things together. It has the ability to run a project on a budget basis. Ratan Tata says that all these things are taught well in the course of architecture. If someone says that you cannot run your business as an architect then it is wrong.
Let us tell you that on 28 December 1937, Tata joined the Tata group in 1962 and later took over as Group President in 1991. He led the group till December 2012.