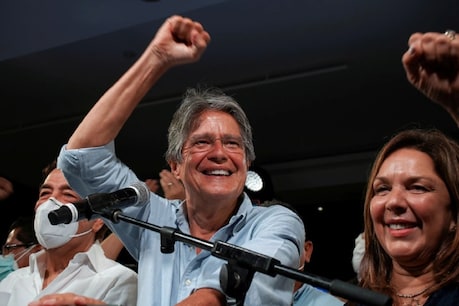 Quito (Ecuador). In Ecuador, right-wing ‘Creating Opportunities’ party candidate Guillermo Lasso has been elected president and none of the 18 candidates in the neighboring country of Peru received more than 50 percent of the vote, which will now lead to a contest between the top two candidates. The counting of votes took place on Sunday, following strict public health safety regulations in the wake of Corona virus infection in both South American countries.

In Ecuador, former banker Lasso won by defeating his rival and outgoing President Andrés Arrouz in a tough fight, and the long-standing leftist ‘Citizens Revolution Movement’ in the country ended a decade-long rule.

“The first step will be to bring the economy back on track, increase investment and generate employment, so that the people of Ecuador do not go abroad, live in Ecuador, and live here to fulfill the dreams they have seen for their families,” Lasso said after the victory. Election officials in Ecuador did not announce the winner, but Arrouz admitted his defeat on Sunday.

Meanwhile, none of the 18 candidates could get 50 percent of the votes in the presidential election in Peru, due to which the contest between the top two candidates will now take place on April 6. Election officials said on Monday that according to the 90 percent vote count, leftist Pedro Castillo received 18.9 percent, Leader of the Opposition Keiko Fujimori 13.2 percent, right-wing economist Hernando de Soto received 11.86 percent and Rafael Lopez Aliaga 11.83 percent.(Disclaimer: This news has been published directly from the Syndicate feed. It has not been edited by the News18Hindi team.)