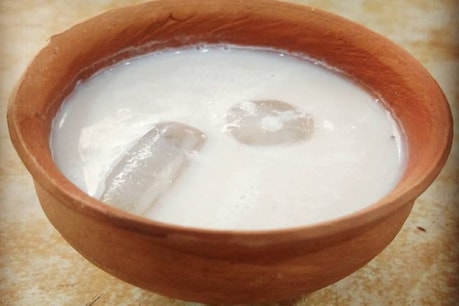 If you are fond of food and keep going around Kolkata then you must have heard the name of ‘Milk Cola’.

During the summer days, we drink many types of drinks. Some are traditional, some latest and we also take a lot of fusion drinks. But, have you ever heard of fusion drinks of ‘cola’ and ‘milk’? Yes, it is known as ‘Doodh Cola’. If you are not shocked, then let us discuss the information about milk cola today.

Made in Kolkata
Yes, if you are fond of food and keep going around Kolkata, then you must have heard the name of ‘Milk Cola’. If you have not heard, then know about it today. Not only is it something different, but it is also very popular. People line up to drink it. The fun of each of its sips is different.Also read: Do you also drink ‘Bell’ in summer, then the body will remain ‘All is well’

This is its special hangout

In Kolkata’s famous ‘Balwant Singh Dhaba’, there is a crowd of drinkers. People’s food orders can vary, but one thing will be found in almost everyone and that is milk-cola. It not only gives relief from heat and humidity but also its fusion test gives its fun.

TRAI can also do at home
It is definitely astonishing to hear, but it can be easily prepared at home too. It is served cold and with ice cubes. In addition, whatever cold drink you like, you can add it according to your taste. Yes, caution is required to make it that the cold drink is very slowly added to the milk.

Firstly I could not believe it
Uttam Kumar, born in Kolkata and working in a corporate house there, says that he had heard about this drink only a few years ago. At first they did not believe it, but later they became interested in it. Now the situation is that once in a week, it gets dizzy. If a friend comes, then what do you say, they go away again.

Also read: This ‘Khas’ is very special, listen to the benefits and start drinking

You can also try
Now a lot of information is available regarding the recipe. However, experts say that after adding half a glass of cold milk to ice and shake it very well, then slowly, little by little, keep mixing your favorite cold drink in it. After this, your milk cola is ready… You can also search on the Internet for a little bit about its recipe.