Mumbai After launching his character poster on Ajay Devgan’s birthday this month, the makers of RRR have now released another attractive poster from this period drama on the auspicious occasion of Gudi Padwa and Baisakhi. . Penn Movies has shared this exciting new poster featuring Ram Charan and NTR Junior on their social media. He wrote this caption saying, ‘Best wishes to all of you on behalf of Team RRR to Baisakhi, Gudi Padwa and Navratri.’

Along with other popular Indian cinema actors including NTR, Ram Charan, Ajay Devgan, Alia Bhatt, Samuthirakani and Allison Doody, RRR is directed by SS Rajamouli whose previous venture is still the biggest hit Indian film at the box office in India alone. 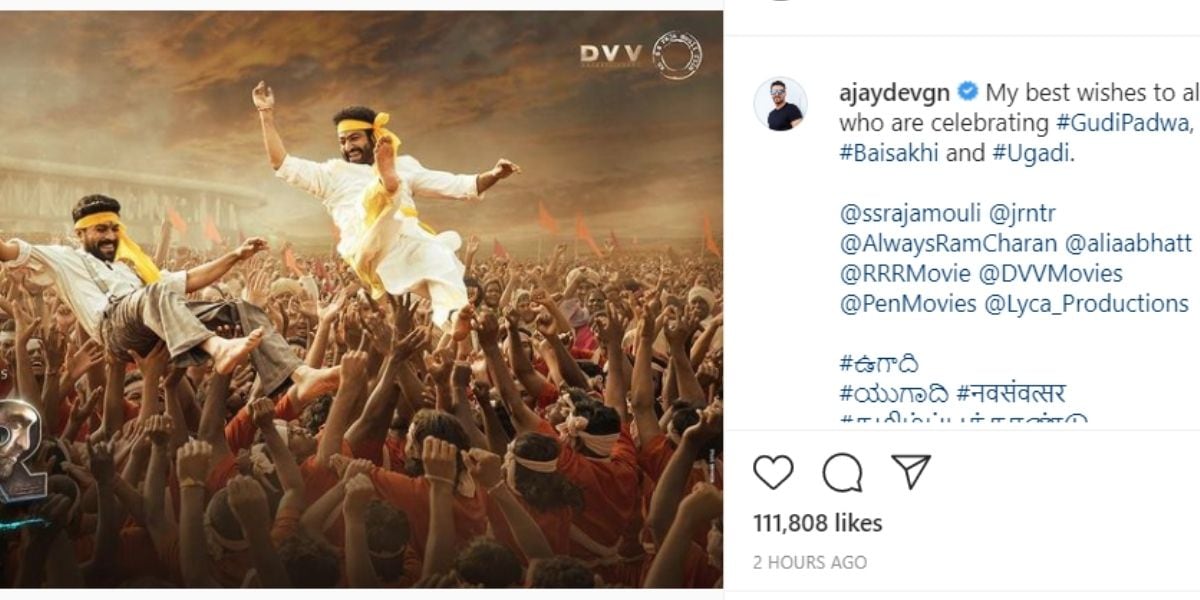 It is a period action film which is a fictionalized account of the young days of famous freedom fighters Komaram Bhima and Alluri Sitaramaraju. The much-awaited Pan-India film will be released worldwide on October 13, 2021, on the auspicious occasion of Dussehra.

In the biggest acquisition so far, Penn Movies has received the rights to the film. He will be the distributor of RRR in North India. Produced by DVV Danayya, RRR is directed by India’s most renowned filmmaker SS Rajamouli and is set for release in Telugu, Hindi, Tamil, Malayalam, Kannada and many other Indian languages.