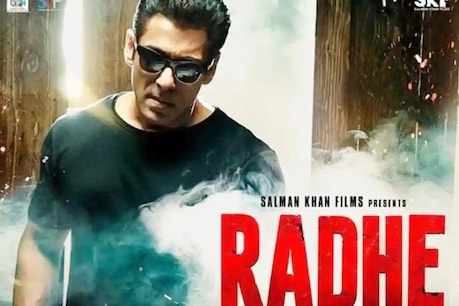 The crisis continues on the release of ‘Radhe’.

The audience is eagerly awaiting the release of Salman Khan’s most awaited film ‘Radhe: Your Most Wanted Bhai’. Given the situation, there is a crisis on the release of this film on Eid.

When Salman Khan wrote the dialog of his film after posting it on social media, what did he know that Corona would turn out to be even more domineering than him. The second wave of Corona seems to be doing the job of not completing Salman’s commitments again. In such a situation, speculations are being made that if the situation does not improve on Eid, then this film can come in front of the audience on Bakrid. If sources are to be believed, if Salman misses the opportunity to release this Eid, the next release date of ‘Radhe’ will be on Bakrid of July 2021. On May 13 last year, Salman made this commitment to fans by tweeting. 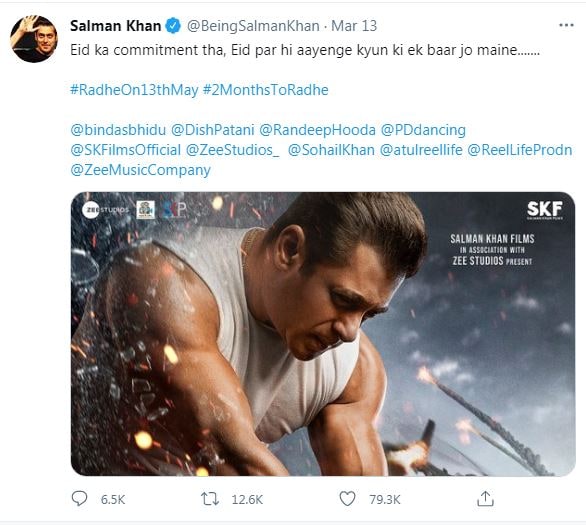 Salman Khan has also hinted in an event that if not this Eid, the film will definitely be released on the next Eid. Corona cases are increasing rapidly in Maharashtra. According to reports, in the last week of April, the makers will consider whether to release the film on the occasion of Eid in May. However, in the circumstances, there is no possibility of its release in May. According to media reports, film makers are not in favor of releasing this film on online platforms. According to the information so far, ‘Radhey’ will be released in theaters. The team of the film has completed the preparations for its release. Given the situation, the film is planned to be released.