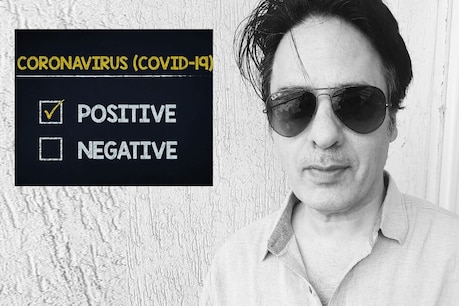 Rahul Roy has shared his story of Kovid through an Insta post, in which he has told that the report of his RTPR test for Kovid came out positive, while the report of the second antigen test was negative.

New Delhi. These days Maharashtra is badly hit by Coronavirus and in this way Bollywood actor Rahul Roy ‘S post has upset everyone. Actually, Rahul Roy has shared his story of Kovid through an Insta post, in which he has told that the report of his RTPR test for Kovid came out positive, while the report of the second antigen test came negative. Now Rahul Roy I am very upset about this and have raised an important question in my post.

Rahul wrote in his post, ‘My resident floor was sealed on March 27, as a neighbor was found to be Corona positive, so as a precaution we were all sealed within the flats for 14 days. . Me and my family had to fly to Delhi on 11 April, so we had the RTPR test done from the Metropolis Lab on 7 April. On April 10, when the corona test report came, my whole family was found to be corona positive.

He further said, ‘Neither of us had any symptoms of corona, and we came to know that on the same day BMC officials were conducting antigen test in the whole flats, so we got antigen test done again and all of us report therein. Negative came, and later we have got the RTPRC test done again, whose report has not been given to me yet. BMC officials isolated me and my family. The doctor said what is my family’s business? Where is our office? … Don’t understand what the connection was?

He further wrote that he did not have any symptoms but still the doctors suggested to be admitted to the hospital. When he refused, he was asked to isolate himself at home. The actor says that he was asked to check his oxygen level daily, was also asked to take some medicines, but I was taking those medicines after brain stroke anyway. Also, Rahul Roy is also raising an important question in his post. He says that when he and his family did not get out of the house, how did he become corona in such a situation. Rahul also says that he will never get an answer to this question, but he has definitely expressed hope to his loved ones that he will soon return with a negative report of Corona.