The central government has canceled the 10th board examinations of the Central Board of Secondary Education (CBSE) and postponed the 12th examinations. Bollywood actor Sonu Sood has expressed happiness over this decision of the government.

Mumbai. In various states of the country, due to the worsening situation of Corona infection, horrific pictures of deaths from Corona are coming in many metros and major cities. In view of the second wave of Corona virus, the Central Government has canceled the Central Board of Secondary Education (CBSE) 10th board examinations and postponed the 12th examinations. On this decision of the government, Bollywood actor Sonu Sood expressed happiness, who was already advocating for cancellation or postponement of board examinations. 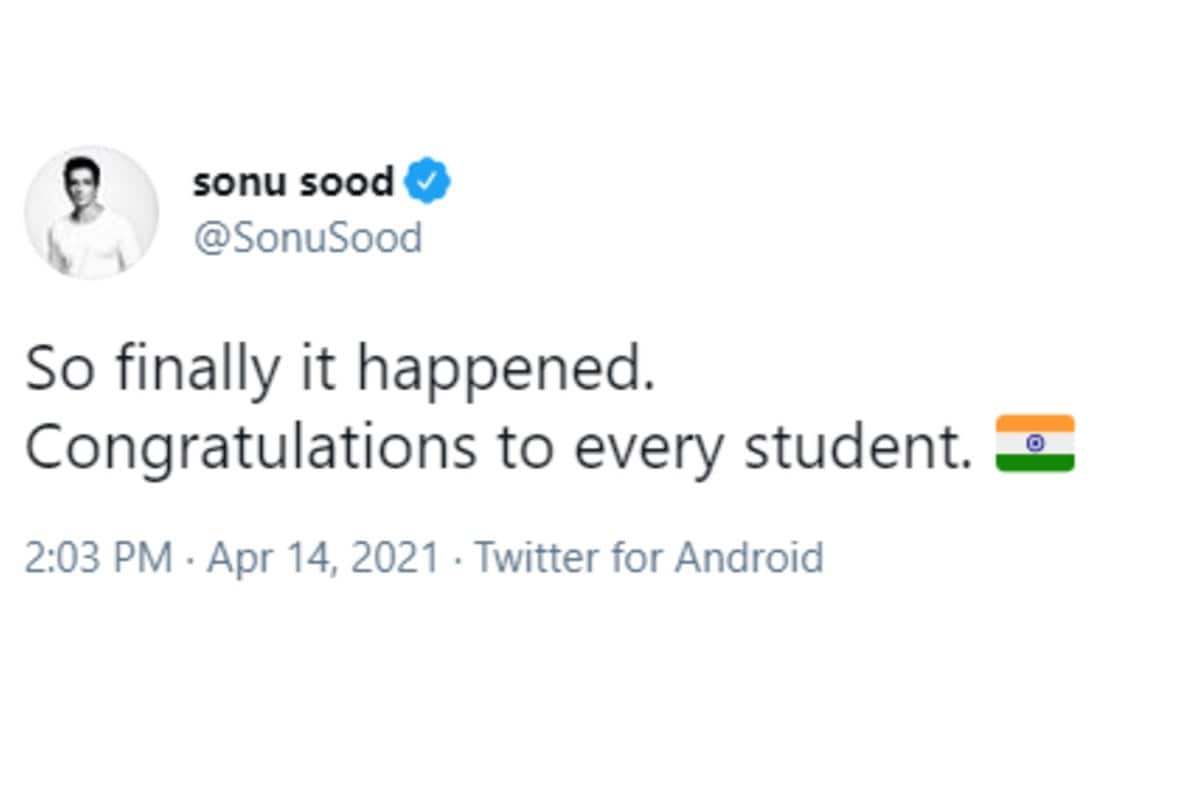 After the cancellation of the 10th exams and postponement of the 12th exams, Sonu Sood wrote on Twitter, expressing happiness, ‘It has finally happened. Congratulations to all the students. With this, the actor has also shared a video while cycling. The actor has shared this video by linking it to the students’ win. He wrote in tweeting, ‘a ride for our students.’

A ride for our students 🇮🇳 pic.twitter.com/z8IkCCgZrh

There are different types of reactions to Sonu’s tweet. Some children have expressed happiness over this decision but children of other boards like ICSE, UP board are also demanding to cancel their examinations. In the meantime, a user having fun on Sonu Sood’s tweet, also wrote that you are ahead of Kejriwal in taking credit, not behind.