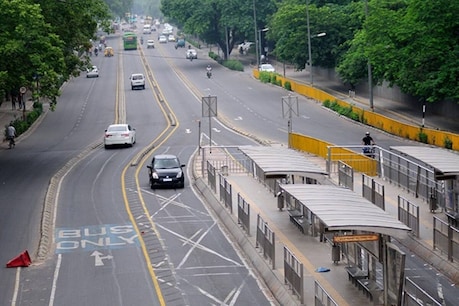 Work has also started on the DPR of this scheme

It is proposed to be a Logistics Hub and Warehousing Cluster along the Yamuna Expressway. Logistic hub and warehousing clusters will be built in Tappal coming to Aligarh. this

Noida. It is proposed to be a Logistics Hub and Warehousing Cluster along the Yamuna Expressway. Logistic hub and warehousing clusters will be built in Tappal coming to Aligarh. Work has also started on the DPR of this scheme. DPR will be ready in the coming two months i.e. June. Yamuna Authority has signed an agreement with the UK Delight Company for DPR. If we talk about the master plan of this scheme, then the UP government has already approved it.

Such a logistics hub will be built in Tappal

According to the officials of the Authority, the Tappal-Bajna Urban Center will be set up in a total of 11104 hectares. But out of this, 1794.4 hectares of land will be left to do business. Logistic and ware housing clusters will be developed here. At the same time, 1608.3 hectares of land will be residential. This new city will be set up near Sector 35.

The entire system of warehousing will be developed after the multi-model logistics hub is built. Greater Noida Authority will invest 1500 to 2000 crores in warehousing. The government will spend the rest of the money. The CEO says that the connectivity of Greater Noida city is better than other cities of the country.During the Ramadan, this kind of diabetes patient will not break their fast, they will have to do this work

Inland container depots will also be built here like Ports like Dubai and Singapore. Through which any goods will reach any part of India in just 15 hours. After this, the cost on transport will also come down.

Traffic management system will be like this in a logistic hub

Yamuna Authority plans to implement smart traffic management system in the new city. To maintain a clean environment and to provide better transport facilities, separate lanes will be made for private and commercial vehicles on the roads. There will also be no traffic signal in the city. Not only this, the sewer water coming out of the new cities will not be released in the Yamuna River. To carry out this scheme, sewer water will be recycled. At the same time, the recycled water will be used for the gardening work of the city.