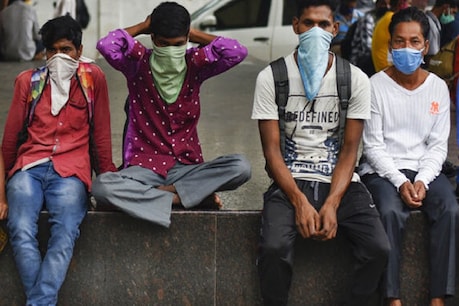 Coronavirus in World: The Sun reports that this spray kills 99.99 percent of the virus. It also prevents the virus from spreading. Lab tests in the United States and Britain show that SaNOtize’s spray kills the bug in the upper airways.

Ottawa The vaccine is currently working as a weapon in the war against the Coronavirus. In such a new weapon has emerged against this epidemic. A Canadian company (SaNOtize) has prepared a spray. The company is claiming that by putting this spray in the nose, there is a huge reduction in the virus. Also, with the help of this spray, the treatment time of the patient can also be reduced. Apart from this, the condition of the patient experiencing severe symptoms can also be better.

The Sun’s report states that this spray kills 99.99 percent of the virus. It also prevents the virus from spreading. Lab tests in the United States and Britain show that SaNOtize’s spray kills the bug in the upper airways. It then stops it from growing and going to the lungs. The average viral reduction in the initial 24 hours in patients treated with spray was 1.362.

Also read: Sputnik V: How does the Russian vaccine differ from homegrown vaccines?

If we look at the figures, it shows that the virus has decreased by up to 95 percent. At the same time, viral load fell by more than 99 percent in 72 hours. Dr Stephen Winchester, the principal investigator of the trial in Britain, says, “I hope that this will prove to be a big victory in the global war against the epidemic.” I think it is revolutionary. Efforts are on to make a similar medicine in India.

Bharat Biotech Coroflu, a company that manufactures covaxine, is preparing a drug called Coroflu. This medicine will be used as a spray instead of syringes. After the introduction of this drug, the treatment of patients suffering from Corona virus will become easier. Because it will take less time and the process will also be easier here. With the help of spray, both the patient and the health worker will get ease.