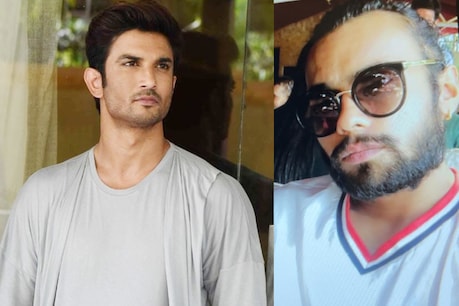 The Narcotics Control Bureau has got a big success.

New Delhi. Late actor Sushant Singh Rajput The Narcotics Control Bureau (NCB), which is investigating the drugs connection case, has received a major breakthrough. In this case, Dubai connection has come to light. The NCB has identified Sahil Shah alias Flocco, the mastermind of the drug traffickers, the main suspect in the case. In fact, the building in which the flat of the NCB team raided the Malad area last night belonged to no one else but Sahil Shah alias Flacco.

The NCB conducted the raid on the spotlight of a drugs peddler. Large quantities of American drugs have been recovered from this flat. In fact, Floco used to supply drugs to Bollywood’s high profile and other high profile people through his drugs peddlers while sitting in Dubai. Sahil Shah aka Flacco is the person who has not seen any drug peddler till date. Norcotics Agency. This is the reason why NCB was not able to locate the main suspect in the drugs case for 6-7 months, but investigations were continuing in the same direction based on the clues found from drugs peddlers Abbas and Zaid.

Ultimately, on the evidence found and under the guise of a drugs peddler, the NCB has not only identified Sahil Flacco, but has also exposed the modus operandi of supplying drugs to India by staying in Dubai. Not only this, the Norcotics Control Bureau also raided the Santacruz area and exposed the smuggling of drugs by hiding in the book of Adolf Hitler. The NCB raided a courier company in Santacruz area and busted the drugs smuggling from there. This modus operandi was also by Sahil Shah alias Flacco.

Joint Director of the Norcotics Control Bureau, Sameer Wankhede said that Sushant Singh Rajput also lived in the same building that was raided in Malad’s flat. We have identified Sahil Flacco and soon the process of bringing him back to India will be started. After this evidence, there may be startling revelations in this case.