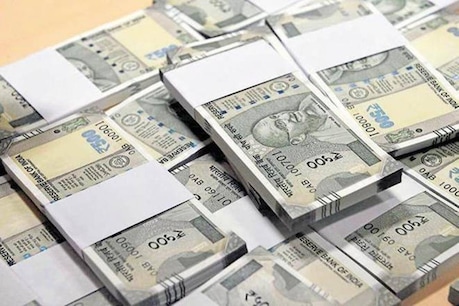 Indian Medicine Pharmaceutical Corporation Limited (IMPCL) has done a record business of Rs 164 crore in 2020-21. The Ministry of AYUSH said that the company has registered a profit of about Rs 12 crore.

New Delhi: Indian Medicine Pharmaceutical Corporation Limited (IMPCL), a public sector manufacturing unit under the Ministry of AYUSH, has done a record Rs 164 crore business in 2020-21. The Ministry of AYUSH said that the company recorded a profit of about Rs 12 crore, which is a record so far. Earlier, the company had a turnover of Rs 97 crore in 2019-20. According to the statement, this increase shows the increasing acceptance of AYUSH products and services among people amid the outbreak of Kovid-19 epidemic.

Also read: SBI will provide only Rs 156 for your corona treatment, help of 2 lakhs, know what is the plan

2 lakh kits sold in last 2 monthsIMPCL is the most trusted manufacturer of AYUSH drugs. According to the statement, during the Kovid-19 pandemic, the company met the country’s needs in a very short time and introduced drugs that increase immunity in the market. The price of one such kit is Rs 350, which is available on Amazon. Nearly two lakh kits have been sold in the last two months.

1.84 lakh cases occurred in 24 hours
Let us tell you that during the last 24 hours in India, more than 1.84 lakh new cases of corona have been reported. While more than 1000 people have died. In such a situation, it has been said by the Ministry of AYUSH that people should make as much as possible decoction at home and use turmeric. People have also been advised to eat Chyawanprash.

Also read: Finance Minister gave this big information about lockdown, you also know whether the country is getting locked again?

Ministry of AYUSH gave this advice
The Ministry of AYUSH also says that last year when the corona epidemic was at its peak, Indians had consumed a large number of these traditional things and boosted their immunity towards the epidemic. In such a situation, people will still have to try to defeat this epidemic by adopting the same measures.