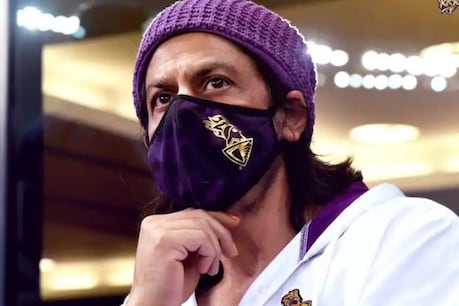 Shahrukh Khan is the co-owner of IPL team KKR.

In the fifth match of IPL, there was a match between Kolkata Knight Riders and Mumbai Indians (MI VS KKR). But Kolkata lost badly in this match. After this defeat, Shahrukh Khan made a tweet, in which he also apologized to his fans (Shahrukh Khan is Apologized to fans).

Kolkata Knight Riders lost the match against Mumbai Indians (MI VS KKR) by 10 runs. There was a time when Kolkata team was winning this match very easily but in the last five overs, the bowlers of Mumbai Indians overturned the game completely. Describing his team’s defeat as shameful, he tweeted and wrote- ‘In a few words, the dismal performance of Kolkata Knight Riders, I would like to apologize to the fans’. Actually, from the beginning of the match till the end, KKR had captured the victory. But it says that it does not take long to change the luck. Something similar was seen on the ground of Chennai. Where Nitish Rana made 57 and Shubman Gill played innings of 33 runs after getting off to a great start. But as soon as the wicket of both of them fell. The stance of the match was reversed. And Mumbai took 7 wickets in 20 overs of KKR, allowing them to score 142 runs.