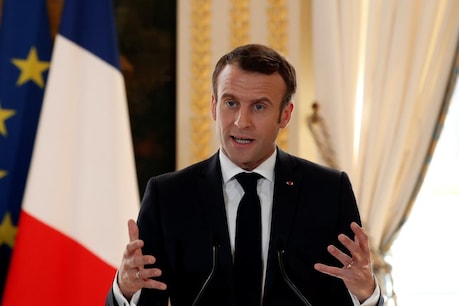 France. The holy month of Ramadan has started all over the world. At the beginning of Ramadan, a step by France has increased the anger among Muslims around the world. Often, the French Senate has passed a bill to curb radical Islam. Resentment has increased among Muslims about this bill. He says that this bill will become a means to isolate Muslims. This bill has been passed with many amendments. Many strict rules have been made in this bill and it has also got approval from the National Assembly.

Explain that in the Senate, 208 votes were cast in favor of this bill while 109 votes were cast against it. There was a lot of uproar in the Senate before this bill was passed. The bill was passed after a long discussion. The new amendments included in the bill are aimed at combating ‘extremism’. All those provisions have been made in this bill, which prohibits the wearing of religious attire of parents of children during school trips. Along with this, it has been said to hide the faces of minor girls or prohibit the wearing of ‘religious symbols in public places’.

Along with this, a ban has also been imposed on praying in the university campus. Along with this, there has been a complete ban on wave of foreign flags in wedding ceremonies. According to the report of UK newspaper I Independent, wearing of burqas has also been banned in public swimming pools, which have been the subject of controversy for a long time. Not only this, at the last time of passing the bill, at the request of President Emmanuel Macron, an amendment has also been added to fight against foreign interference in private schools.

Following this new amendment by President Emanuel Macron, French officers will be allowed to prevent foreign organizations from setting up private schools in France. Explain that the Islamic organization of Turkey was founded by Milli Gores in Albertville, southern France. After the enactment of this bill, foreign private schools will no longer be established in France in this way.