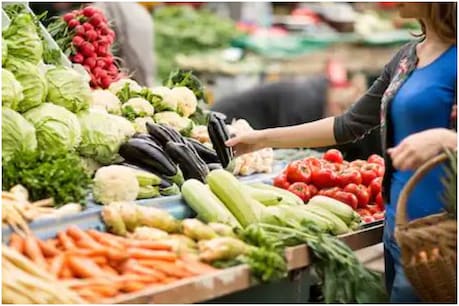 On a month-on-month basis, wholesale food inflation rose from 3.31 per cent to 5.28 per cent in March. At the same time, fuel and power inflation has gone up from 0.58 per cent in February to 10.25 per cent.

Also read: 7th Pay Commission: Big change happening on 1st July! Know how much your salary will increase after increase in DA?

WPI inflation has increased for the third consecutive month. The Ministry of Commerce and Industry said, “The annual rate of inflation was 7.39 per cent in March 2021 as compared to March 2020”.How was the condition of lentils and vegetables

Also read: Bank Holidays: Banks will remain closed in these states today and tomorrow, check the list before going

State of petrol, diesel and electricity
Inflation in fuel and power was 10.25 per cent in March due to rising prices of petrol and diesel, which was 0.58 per cent in February. According to data released earlier this week, retail inflation reached a four-month high of 5.52 per cent in March.