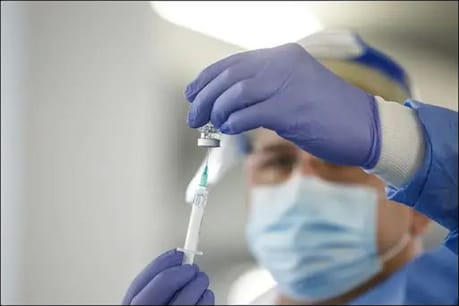 Johannesburg. After America, now South Africa has also decided to stop using the Johnson & Johnson Kovid-19 vaccine. There were reports that blood clots had accumulated in the bodies of six women who were vaccinated by the company and the platelets fell as well. “After finding out this consultation, I had immediate discussions with our scientists who advised that the US Food and Drug Administration (FDA) decision should not be taken lightly,” Health Minister Jweli Mije said in a statement on Tuesday evening. Can be taken.

He said, “On his advice, we have decided to stop using this vaccine until blood clotting occurs and the relationship between Johnson & Johnson vaccines is detected.” There have been no reports of clotting, while 289,787 health care workers have received the vaccine. All cases of blood clotting have come in America. According to Johns Hopkins University data, 1,561,559 people have been infected with Kovid-19 in South Africa and 53,498 people have died.

Ban on the use of AstraZeneca in DenmarkLet me tell you, Denmark on Wednesday decided not to resume using the Oxford-AstraZeneca vaccine. Denmark postponed the use of this vaccine last month amid reports of blood clots in some people. Soren Brostrom, director of the Danish Health Authority, told reporters, ‘Denmark’s vaccination campaign will go ahead without the AstraZeneca vaccine.’ Brostrom stated that ‘there is a possible cross-reaction between vaccines and low platelet counts. We also know that there is a temporary relationship. It occurs one week to ten days after vaccination with AstraZeneca. ‘ Brostrom stated that ‘the decision is relevant. Most of the population in Denmark has been vaccinated and is under epidemic control. ‘ He said that ‘I can understand well that other countries are using vaccines’. The Danish Health Authority also said that ‘if the situation changes, then the vaccine can be reintroduced later’.