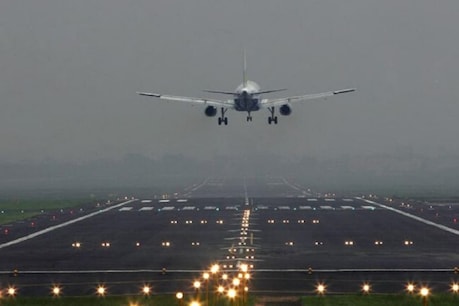 The acquisition of land for Jewar International Airport can begin anytime now. Soon more than 13 hundred hectare land of 7 villages will be acquired to expand the airport.

Noida. The acquisition of land for Jewar International Airport can begin anytime now. Soon more than 13 hundred hectare land of 7 villages will be acquired to expand the airport. After getting the last NOC from the Civil Aviation Security Bureau, the path of expansion has now been cleared. Whereas before this, the Ministry of Defense, Airports Authority of India (AAI), Directorate General of Civil Aviation have given their NOCs. After getting the last NOC, work has also started on preparing the master plan of the airport. The special thing is that the date of the foundation stone can also be announced soon.

Significantly, a few days ago, Yamuna International Airport Company Limited has also issued e-tenders for construction work. On the other hand, if the officers associated with the authority are to be believed, in the 7 villages whose land is to be acquired to expand the Jewar Airport, the Karauli Bangar 183 hectare, Qraib 345, Birampur 96, Dayanatpur 165, Ranhera 519, Nanglashahpur 115 and 43 of village Moondhera. The hectare ground is also included.

3 new runways will be built at the airport

3 more new runways are to be constructed at Jewar Airport. The new runway will require 1365 acres of land. The UP government has also given its approval in the cabinet meeting to acquire the land. At the same time, the construction of the first phase will cost Rs 29500 crore. At the same time, the cost of construction of the second phase will come to Rs 31114 crore.Greater Noida Authority’s big step, will be able to take advantage of these 200 features online from May 1

Maintenance of aircraft will be done at Jewar Airport itself

The airport to be built in Jewar on the banks of Yamuna Expressway will be the largest international airport in the country. But at the same time the workshop of repairing the country’s largest airplanes here is also becoming a MRO (Maintenance Repairing and Overhauling) hub. Due to this, the proposal to construct 2 not 5 runways at Jewar Airport has been passed.

Significantly, so far, the work of repairing the engines of airplanes is mostly done in Singapore, Sri Lanka and other European countries. But now this step of the government will give big relief to the air aviation companies and will also save the economy.