Jabra Fan Song was widely publicized before the film’s release, without mentioning that the song was not in the film. (Photo: YRF)

Shah Rukh Khan was in a double role in the film ‘Fan’ after a long time, but Yash Raj Films (YRF), who produced and presented the film, would never have dreamed that a fan would do so. Will drag them into a legal case.

Mumbai. Today, 5 years have passed for the fan of Bollywood actor Shah Rukh Khan, and on this special occasion we will talk about one thing which annoyed every fan of SRK. As we all know, Jabra Fan song was a sensational hit and an anthem song for all SRK fans.

This brought the film’s publicity to a climax, but when the fans went to the cinema hall, they went along with being confused and furious as there was no such song in the film. Yash Raj Films (YRF) broke the hearts of all the viewers watching the film. The angry fans took their anger out on Yash Raj Films.

Shahrukh Khan was in a double role in the film ‘Fan’ after a long time, and it was made to excite his fans across the world. But YRF, who produced and presented the film, would never have dreamed that a viewer would drag them into a legal case.

Jabra Fan Song was widely publicized before the film’s release, without mentioning that the song was not in the film. Also, no explanation was given as to whether this song was made for promotional purpose only. Due to the absence of this song in the film, some of Shahrukh’s fans got very upset. His Auranabad fan Afreen Fatima Zaidi filed a complaint against YRF against the Yashraj Films in Maharashtra State Consumer Commission for misleading him and other fans. 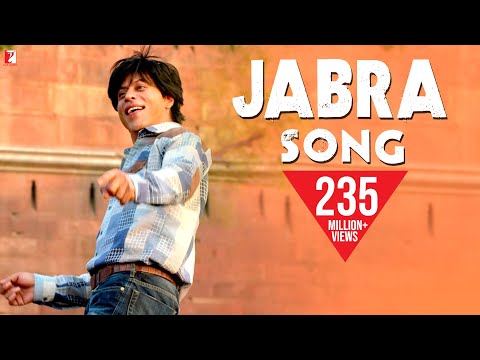 Taking the complaint seriously, the Maharashtra State Consumer Commission in 2017 directed YRF to pay Rs 10,000 to Afreen. At the same time, the commission also directed to pay Rs 5,000 spent in the litigation.

Meanwhile, Shah Rukh Khan is again working with YRF for the film ‘Pathan’, which is being directed by Siddharth Anand. The film also stars Deepika Padukone, John Abraham and Dimple Kapadia. Although the official announcement of this film is awaited. The film is awaiting release next year.