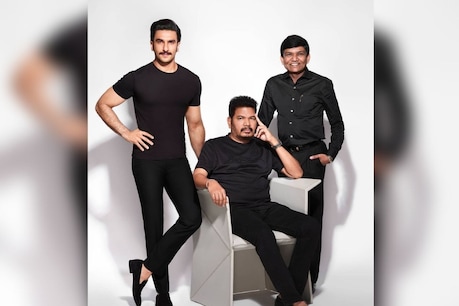 According to the media report, the producer of ‘Anniyan’ has sent a notice to Director Shankar and warned that if he makes a Hindi remake of ‘Annian’ without his permission, then he can go against him in court.

Mumbai. South’s blockbuster film Of ‘Anniyan’ The news of Hindi remake is in the news. The name of Bollywood star Ranveer Singh is attached to it. It was reported that the director Shankar (Shankar) had finalized Ranveer for the film, which the actor himself gave information on his Instagram account. Now the troublesome news is coming about this film.

If media reports are to be believed ‘नियन्नियन’ (Anniyan) The producer of the show has sent a notice to Director Shankar and warned that if he makes a Hindi remake of ‘Annian’ without his permission, then he can go to court against him. Producer V. Ravichandran has written in his notice that Shankar did not take permission from him before announcing the Hindi remake of ‘Annian’, which is legally wrong. In 2005, V. Ravichandran made a film called ‘Annian’, starring Vikram and Prakash Raj.

Ravichandran wrote in his statement, ‘I am shocked to know that you have announced the Hindi remake of Annian. You are well aware that I am the producer of the film Annian. I have all the rights to the film’s story, which I bought from writer Sujatha. I have paid the entire money to Sujatha, the proof of which is also with me. I have all the sites in Annion. In such a situation, it is illegal to steal the film’s story or remake it without my permission.

Recently, Ranveer Singh had given information on his Instagram account about its Hindi remake. Shankar openly praised Ranveer and said that he needed such a charismatic showman to remake ‘Annian’. He is an excellent artist who has proved that he can make any character memorable with his brilliant acting. He said that ‘I am excited to make Anniyan for the pan-India audience and I am confident that this powerful story will reach the hearts of all.’