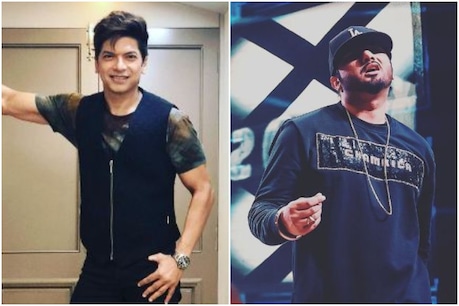 Bollywood’s famous singer Shaan made fun of rapper Yo Yo Honey Singh and said that anyone can sing like him.

New Delhi Recently, Bollywood singer Shaan has pinched on singer and rapper Honey Singh (Yo Yo Honey Singh). Shaan has made fun of his songs without naming Honey Singh. Referring to the famous songs of Honey Sing, ‘Chaar Botal Vodka’, ‘Sunny Sunny’ and ‘Lungi Dance’, he said that there is no ‘music’ in them. Shaan believes that in the last few years, the level of Hindi music has fallen significantly. By referring to these things, he has mocked Honey Singh and his songs.

Shaan had said all these things in an interview to ‘Askman India’. He had said, ‘How many people have understanding of music? Very rarely, we cannot teach music to everyone, but we can do so much that you keep giving good music on your behalf that slowly a test will be made. But the easiest way is to get down to your level.

Shaan talks about Honey Singh’s songs during the conversation. They say, ‘Why is rap music so popular today? We think abusing, that’s why? No, there is no music thing in it. If someone is making a song, you can also sing ‘Char Bottle Vodka, Kam Mera Roz Ka’. ‘Today Blue Hai Pani Pani’, ‘Lungi Dance Lungi Dance’, you can too. ‘ Together Shaan does not forget to say that some rap singers are very good with rhyme and flow, but the popular Hindi rap is ‘easy’.

Talking about work, Honey Singh has made a great comeback recently. He has released the song ‘Saiyan Ji’ with singer Neha Kakkar. So far in January, this song has received more than 335 million views.