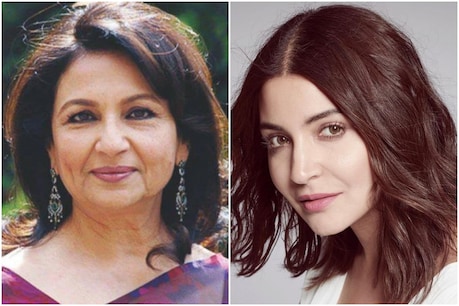 Before Anushka Sharma-Virat Kohli, the pairing of Harbhajan Singh-Geeta Basra, Azharuddin-Sangeeta Bijlani and Mansoor Ali Khan Pataudi-Sharmila Tagore was fiercely discussed in both the regions. was.

Mumbai. Bollywood and cricket have had a deep connection for a long time. Currently, Anushka Sharma-Virat Kohli is the best example of this. Even before them, this relationship has been building in almost every decade. Before Anushka and Virat, the pair of Harbhajan Singh-Geeta Basra, Azharuddin-Sangeeta Bijlani and Mansoor Ali Khan Pataudi-Sharmila Tagore were fiercely discussed in both the regions.

Both are completely separate areas from each other and it can be a challenge for anyone to create satisfaction in them. Let me tell you that many times, finger has been pointed at Anushka Sharma for Virat Kohli’s dismissal or bad form, but this has not been done for the first time. Before Anushka, the fans of cricket have also done this with veteran actress Sharmila Tagore. He himself made this matter public.

Cricketer Mansoor Ali Khan Pataudi married Sharmila Tagore in 1968. Sharmila was the popular actress of Bollywood at that time, so Pataudi’s fans were no less. Sharmila herself told that she has also been blamed for her husband’s bad game. In the live session of Ladies Study Group, Sharmila recently gave information about this. He had said, perhaps Tiger had dropped a catch and my father shouted, ‘You shouldn’t have kept him awake overnight.’

Sharmila also told in this how she met Tiger and how he used to talk in British accent. He also shared his sense of humor and told that he used to laugh at his own jokes. Sharmila had told another special thing. Once Mansoor wrote a very good poem for him, but when Sharmila showed it to Feroze Khan, it was found that she was Ghalib’s written lines.