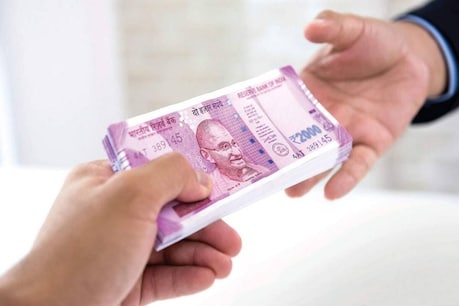 For senior citizens, the interest limit in a financial year is 50 thousand rupees.

TDS is deducted on the interest received on FD in the bank. If you are also in it, then submit Form 15G / 15H in the bank.

New Delhi. The tax deduction at source (TDS) is deducted under the Income Tax Law on the interest received on the Fixed Deposit in the bank. This rule applies when you get more than 40 thousand rupees interest annually on FD.
However, if your total income is outside the taxable net, then you can avoid TDS by filling Form 15G / Form 15H in the bank. If you have already submitted this form for fixed deposits in previous year, then it will have to be submitted again. For senior citizens, the interest limit in a financial year is 50 thousand rupees.
Also read: Job talk: Better performance of new skills in interview will guarantee job, know such important mantra
If there is no PAN, then TDS of 20% will be charged on interest.

TDS on interest income from bank FD is charged at the rate of 10 per cent, but if you have not given PAN, then TDS will be deducted at the rate of 20 per cent. In such a situation, if you fall in the highest tax bracket of 30 percent, then paying TDA at the rate of 10 percent will not be enough. Apart from this, those whose income is not above the adopted limit, they can inform the bank that TDS should not be deducted.
Also read: Indian companies give jobs on this formula, know this way to get a good job

Understand the difference between 15G and 15H form

Normally, Form 15G / Form 15H is deposited with the bank at the beginning of a financial year. Form 15H is for individuals whose income is more than 60 years and Form 15G is for all others whose total income does not exceed the maximum amount on which income tax is not to be paid. According to the Income Tax Act, only those people whose income is less than the exemption limit can submit these forms. Income up to Rs 2.5 lakh is expended for people below 60 years of age. Income above Rs 3 lakh is taxed for people over 60 years of age and below 80 years of age. There is no tax liability for people above the age of 80 years on income up to Rs 5 lakh.
ALSO READ: Corona vaccine-making serum invested in this big company, know everything

TDS to be adjusted in ITR filing
Investors are required to pay tax only on the interest received on bank FDs and the bank imposes TDS on it, which is adjusted during the filing of Income Tax Return (ITR).