Lockdown may affect the recovery of the economy

New Delhi. The ever increasing cases of Corona (Covid-19) in the country have created a situation like lockdown again. Most states are imposing night curfews and bans due to rising cases of corona and this may affect the recovery of the economy. In such a report, it has been said that due to local lockdown in important centers of the country, the economy will suffer an average loss of $ 1.25 billion every week. Also, it may affect the growth rate of Gross Domestic Product (GDP) in the first quarter of the current financial year by 1.40 percent. The central government may bring another relief package to ensure that the recovery of the economy does not get derailed amid the growing case of Corona. 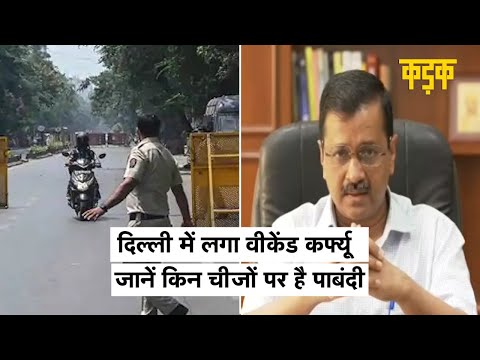 The government had announced an economic stimulus-cum-relief package from March 26 to May 17 last year. So that the business activities affected by Kovid-19 can be improved. This economic package of the central government was 20.97 lakh crore rupees. In which the government claimed that this package is about 10% of India’s total gross domestic product, that is, GDP.

Lockdown will harm the economy
Finance Minister Nirmala Sitharaman on Tuesday made it clear that the government will not impose ‘lockdown’ on a large scale and control measures will be taken at the local level only to prevent the epidemic amid the growing case of corona virus in the country. The government will respond to any requirement of the industry, especially Micro, Small and Medium Enterprises (MSME). So that, economic activities and livelihoods are not interrupted. The Finance Minister said that the Center can also expand its vaccination campaign so that the severity and spread of Kovid-19 can be prevented.

Sputnik V gets approval
Here in India, the problem of shortage of vaccine is also being heard. Meanwhile, the Subject Expert Committee (SEC) of the vaccine case has approved Russia’s Corona Vaccine Sputnik V. Now only the final decision is awaited, after which it will be used for emergency. This will be the first vaccine, which will be foreign.

The country’s Drug Regulatory Authority has admitted that the corona vaccine Sputnik V developed in Russia is safe. This vaccine works in the same way as Oxford-AstraZeneca’s Covishield vaccine. According to the results of the last-stage trial published in the science journal ‘The Lancet’, Sputnik V protects against the Kovid-19 in about 92 per cent of cases.

Three Vaccines to Avoid Kovid-19
With the approval of this vaccine, now there have been three vaccines to avoid Kovid-19. In collaboration with the Serum Institute of India and Oxford-AstraZeneca, Kovishield, Bharat Biotech’s Kovaxin and Russia’s Sputnik V. have already given 100 million doses of both previously approved vaccines in the country.