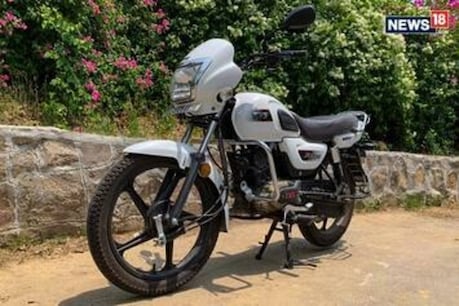 On the occasion of Navratri, you are getting a great offer on this bike.

According to the information given on the TVS Motor India website, you can bring this bike home in Navratri at a down payment of only Rs 14,999.

New Delhi. Tvs Motor India recently launched an updated version of its most popular bike, the Radeon. This bike competes with Hero MotoCorp’s Splendor Plus in its segment. Let us know, Radeon is a commuter segment bike that costs a lot and the maintenance costs on the bikes of this segment are also very low. On the other hand, this bike gives better mileage. In such a situation, these bikes are very much liked. On the occasion of Navratri, TVS Motor India has announced an attractive offer on this bike, let’s know about this offer …

Scheme on Tvs Radeon – According to the information given on the TVS Motor India website, you can bring this bike home in Navratri at a down payment of only Rs 14,999. At the same time, finance is also being given by the company at an interest rate of only 6.99 percent on this bike and its EMI starts from only Rs 1,999 a month.

Features of Tvs Radeon – In this bike, you will get great features like USB charging port, side stand with beeper, LED daytime running lights, twin pod instrument console, single piece seat.Also read: Mahindra is going to launch new XUV400 soon, know the features and price of this powerful SUV

Tvs Radeon Price and Engine – In this bike, the company has given a single cylinder air cooled engine of 109.7cc. Which generates power of 8.91Ps and torque of 8.7Nm. At the same time, you will also get a 4 speed gearbox in this bike. If you talk about its price, the drum brake variant of this bike is priced at Rs 61,242 and the disc brake variant is priced at Rs 68,567.