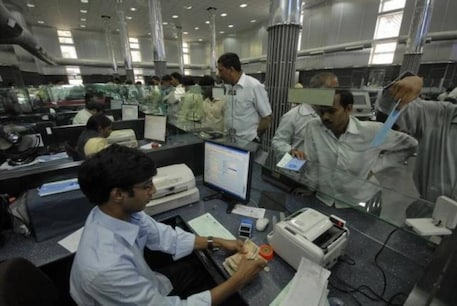 Bank unions have said in their memorandum that all banks should be directed to call minimum staff in branches / offices.

Bank News: Coronavirus cases are increasing continuously. The situation is bad in many cities across the country. Meanwhile, Bank Unions have appealed to the Ministry of Finance for the protection of bank employees. The bank union has suggested reducing working hours and working days in banks.

New Delhi. Cases of coronavirus are increasing steadily. The situation is bad in many cities across the country and partial lockdowns have been put in place. Meanwhile, now the bank unions have demanded the Ministry of Finance to take measures regarding the safety of bank employees. Unions have said that some effective measures can be taken by reducing banks’ working days and allowing branches to work with minimum staff.

Suggested to reduce the working hours
United Forum of Bank Unions (UFBU), an organization of nine unions, has given a memorandum to Debashish Panda, Secretary, Department of Financial Services. It states that the branches of the bank are hotspots for corona infection. In such a situation, the government should come out as soon as possible. Apart from this, the union has suggested reducing working hours or working days.

Also read- Big news about Bank Privatisation! These two government banks will be private, NITI Aayog has proposedWhat will be the effect on common people?

Explain that if the bank unions are accepted, then the time of opening and closing of banks can be changed for the common people. It is possible that instead of 10 o’clock in the morning, the banks should be opened at 9:30 and by 4 o’clock the customers’ work will be dealt with. If this happens, the bank employees will work only 5 days a week. Banks will be closed on every Saturday and Sunday. A proposal in this regard is being seriously considered. The first round of talks has been held between the banks’ Indian Banks Association (IBA) and the bank unions.

Also read- Start this business in 10 thousand, there will not be any effect of recession! 1 lakh will be earned every month, the government will give 25% subsidy

Said to get permission to work from home
The bank unions have said in their memorandum that all banks should be instructed to call the minimum number of employees in branches / offices. For the next four to six months, work with one-third of the employees, work from home, ie work from home should be done.