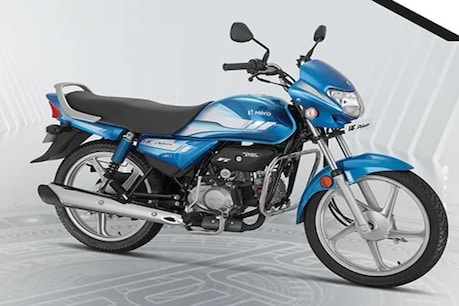 New Delhi. India’s leading two-wheeler manufacturer Hero MotoCorp has today launched its cheapest bike Hero HF 100 in the market. The bike design is very good with a great look and graphics. The company has launched a single variant of this bike in the market. In terms of look and design, the new HF 100 bike is similar to the company’s HF Deluxe. The company has made some changes in this bike and launched it in the market, due to which this bike is less than the price of HF Deluxe. The HF Deluxe price starts from Rs. 50,700 to Rs. 61,925 (ex-showroom, Delhi), while the price of the new HF 100 bike is reduced by about Rs. 1,300 from the base variant of the HF Deluxe to Rs. 49,400 (ex-showroom, Delhi). is.

HF 100 Features – This bike has not been given premium features like its earlier model. In this, the company has given exhaust and crash guards designed on the black theme with metal grab rail. The company has also been given tubeless tires with alloy wheels, which make it better according to its price.

ALSO READ: Fast and Furious 9 These sports cars can be used in the movie, know everything about them

HF 100 Engine – The company has given a single cylinder engine of 97.2cc capacity in this bike, which generates power of 8.36PS and torque of 8.05Nm. The company is also offering fuel injected technology in this bike, which further improves its performance and mileage. Also read: Renault Duster SUV is getting a discount of 1.05 lakh rupees, know full offer

9 of Deluxe Model Compared to 6 liters, the company has given a fuel tank of 9.1 liters capacity in it. The total weight of the bike is 110 kg. The ground clearance of 165mm has been given in this bike with 805mm seat. This bike will compete with the already existing Bajaj CT100 in the market.