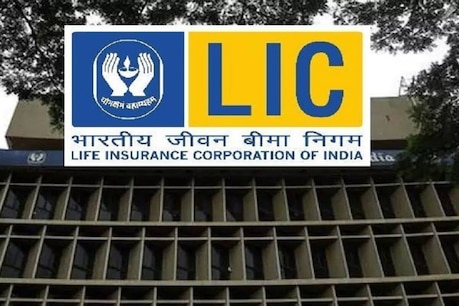 The salary increase will increase the burden of Rs 2,700 crore in the total salary bill of LIC.

Life Insurance Corporation of India (LIC, LIC) has given a big gift to its 1.14 lakh employees. The salary hike will be effective from 1 January 2017.

New Delhi. Due to coronavirus, the situation of lockdown is being created once again in the whole country. The economy is in crisis again. Even after this, the Life Insurance Corporation of India (LIC, LIC) has given a big gift to its 1.14 lakh employees.
According to a union leader of LIC, the salary of LIC employees has increased by 25 per cent. The Central Government has announced this revised salary of employees on Thursday. This increase will be effective from 1 January 2017. Shrikant Mishra, General Secretary of All India Insurance Employees Association (AIIEA), said that the increase in salary of employees in this difficult time has made them very happy. It is expected that this salary increase will increase the salary of the employees of the company by about 25 percent.
Also read: Job talk: Better performance of new skills in interview will guarantee job, know such important mantra

LIC will increase burden of Rs 2700 croreThis increase will increase the burden of Rs 2,700 crore in the total salary bill of LIC. He further said that LIC employees will have to work only 5 days a week. Significantly, LIC is in the process of launching an IPO, which will be India’s largest IPO till date. LIC is India’s largest and oldest insurance company. Which has 72 percent market share. LIC accounts for 66.2 per cent of the total premium collection for the first year of the insurance industry. The estimated valuation of LIC is between 9 to 10 lakh crores.
Also read: Indian companies give jobs on this formula, know this way to get a good job

The first such delay in the history of LIC

The wage revision of LIC employees is due from August 1, 2017 and it usually lasts for five years. A union leader said, for the first time in the history of LIC, a wedge revision has been delayed.
ALSO READ: Corona vaccine-making serum invested in this big company, know everything

At least 10 percent of the IPO will be reserved for policy holders
Explain that the central government can sell its 10 percent stake in the company through the IPO of LIC. Minister of State for Finance Anurag Thakur had said last month that at least 10 per cent of the IPO of LIC will be reserved for policy holders. Thakur had said that the government will continue to be the majestic shareholder of the company. At the same time, he will also have control over the management, so that the interest of the policy holders will be protected. The government has proposed to increase the authorized capital of LIC to Rs 25,000, which will help in the listing of the company. Currently, the paid-up capital of the life insurance company with 29 crore policies is 100 crore rupees. LIC was started in 1956 with an initial capital of Rs 5 crores.